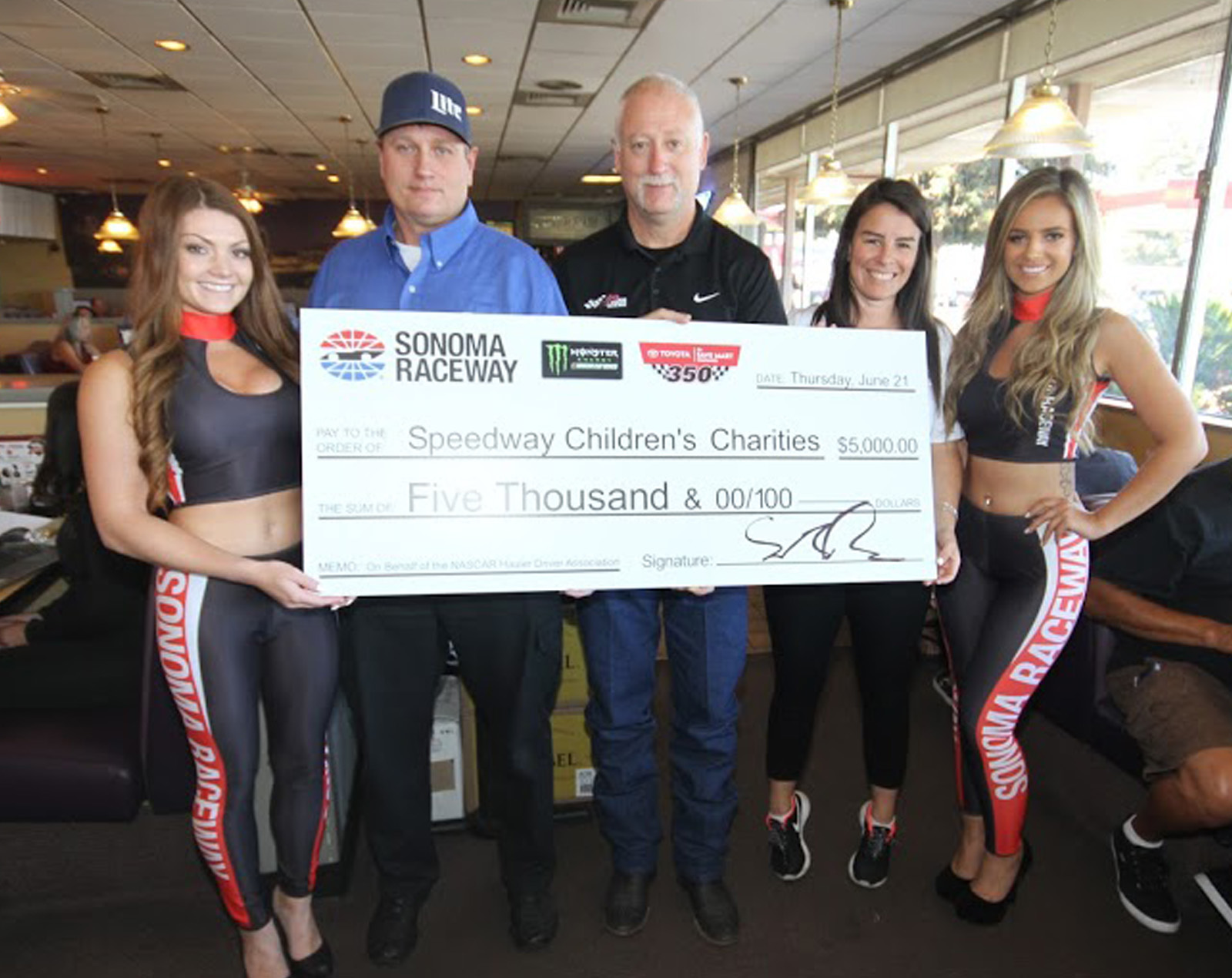 The majority of the proceeds raised during race weekend will benefit Sonoma County youth organizations through the Sonoma chapter of Speedway Children’s Charities (SCC). SCC has distributed more than $6 million to youth-serving non-profit groups since 2001.

A live auction at the banquet featured exclusive items, including Ride of a Lifetime Experiences with NASCAR drivers Kyle Busch and reigning Monster Energy NASCAR Cup Series Champion Martin Truex Jr., as well as a Danica Patrick Somnium wine package and a “Sip and Spin” with Ram’s Gate Winery. Overall, the banquet and live auction raised $181,450.

In addition, more than $6,000 was raised through various donations during the weekend, including a $5,000 donation on behalf of the Transporter Drivers of Motorsports Association (TDMA), which participated in the 8th annual NASCAR Hauler Parade in Sacramento on June 21.

For more information about the Sonoma Chapter of Speedway Children’s Charities or to make a donation, visit SonomaRaceway.com/SCC or contact Cheri Plattner at (707) 933-3950 or[email protected].