Another solid effort for Gus Dean; Win-Tron Racing at Gateway 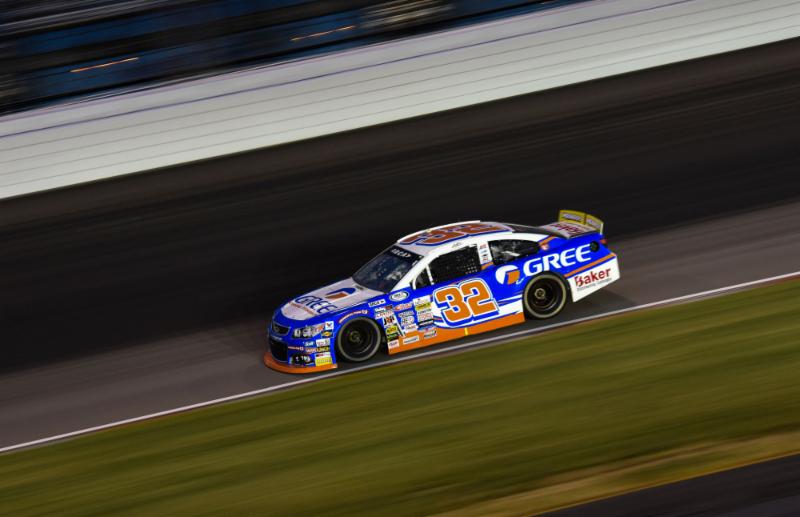 Sophomore ARCA Racing Series presented by Menards driver Gus Dean and his Win-Tron Racing team showed once again in Friday night’s PapaNicholas Coffee 150 at Gateway (Ill.) Motorsports Park the No. 32 GREE Racing team is on the verge of a breakthrough victory.
Despite starting 10th based on practice speeds, Dean quickly showcased the capabilities in his No. 32 GREE Cooling Products | Baker Distributing Chevrolet SS climbing into the top-five by Lap 1.
Maintaining a presence inside the top-six during the early stages of the 120-lap race, a pit stop approaching halfway allowed crew chief Jamie Jones to make a chassis adjustment to their race car which ultimately soared Dean inside the top-five.
Following a Lap 55 restart, Dean rose from sixth to fourth and even took over third approaching Lap 75, where the Bluffton, S.C. native hovered until Lap 100 when Harrison Burton and Christian Eckes put on a tremendous battle with the Win-Tron Racing driver for the final spot on the podium inside the final 20 laps of the event.
Dean fighting a tight, No. 32 GREE Cooling Products | Baker Distributing Chevrolet was unable to fend off Eckes and eventually lost a position to Riley Herbst in the closing laps, falling to sixth when the checkered flag flew capturing his fifth top-10 finish of the 2018 season.
The effort from the Mooresville, N.C.-based team is also their fourth consecutive top-10 for the Win-Tron Racing team dating back to Pocono (Pa.) Raceway earlier this month. After 10 races, Dean has maneuvered two top-five, five top-10s, seven top-15s and nine top-20 efforts so far this season.