Sheldon Creed drives to victory lane in the ZOMONGO 200 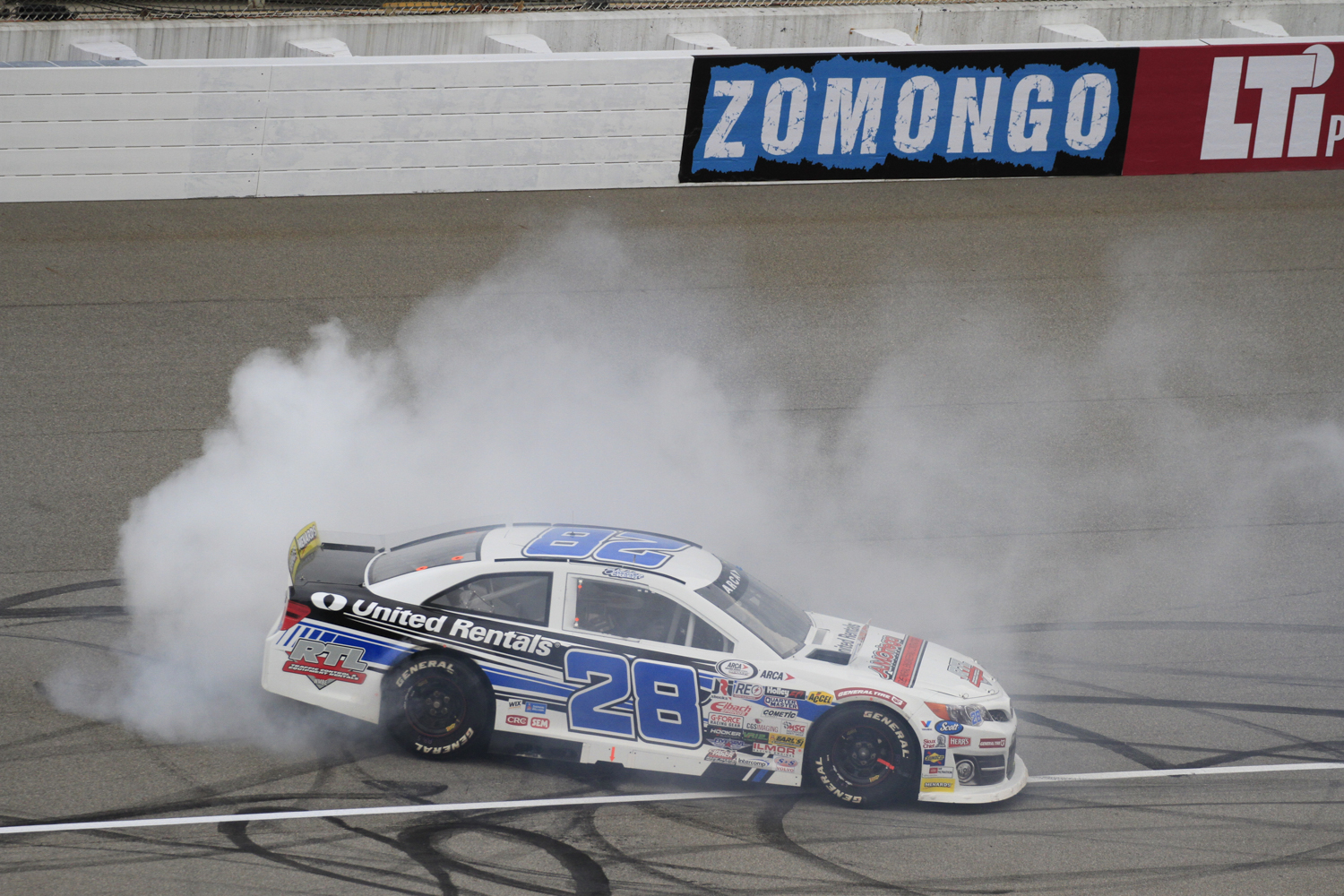 The action started on Friday at Michigan International Speedway with all three series taking the track. Sheldon Creed capped the day with a win in the ARCA Racing Series presented by Menards ZOMONGO 200.

Creed got his first career win in the ARCA Racing Series presented by Menards in the ZOMONGO 200. He started the race second, but quickly moved to the front. Riley Herbst, Michael Self, Gus Dean and Joe Graf completed the top five.

“This has been a long time coming,” Creed said. “We have been so close to winning these things. It feels so good to get it.”

Brandon Jones started on the pole for the ZOMONGO 200 and he was looking to win his third consecutive ARCA Racing Series race at MIS on Friday. However mechanical issues stalled those efforts after only 27 laps. He finished 22nd.

The Monster Energy NASCAR Cup Series had a practice session in preparation for Sunday’s FireKeepers Casino 400. Ryan Blaney led the days only practice session with a speed of 202.617 MPH. Team Penske teammates Brad Keselowski and Joey Logano were fourth and 10th, respectively in practice. Blaney led a contingent of eight Fords in the top 10.

Kevin Harvick led the opening two rounds of MENCS qualifying, where he posted a speed of 203.092 MPH in the second round to advance to the final 12. In the final qualifying round Kurt Busch went 203.361 MPH to win the pole. It is his 24th career pole and his third at Michigan International Speedway where he is joined on the front row by Keselowski.

“This one is fun because I could trust the car and I knew I needed to go after it hard,” Kurt Busch said. “Watching all the Fords in practice I knew we had a good shot at it. The guys tweaked on the tires the right amount. I think it is because of the speed that I like here and Texas and the balance we had in our car in qualifying. Now we need to translate that to race speed. I enjoy qualifying here. It is a pleasure to have one of these Fords and have Yates power under the hood. To go 217 mph, to haul the mail going into the corner I love that feeling.”

The NASCAR XFINITY Series hosted two practice sessions in anticipation of Saturday’s LTi Printing 250. Kyle Busch recorded a speed of 175.584 MPH to lead the way in the opening session while Austin Dillon paced the field with a speed of 177.004 MPH in second practice.

The Monster Energy NASCAR Cup series will return to the track on Saturday for a pair of practices as teams make final adjustments for the FireKeepers Casino 400. In the morning, qualifying will lead the way for the NASCAR XFINITY Series to set the starting lineup. The green flag will fly for the LTi Printing 250 at 1:30 p.m.

PHOTO: Sheldon Creed capped the day with a win in the ARCA Racing Series presented by Menards ZOMONGO 200 at Michigan International Speedway, his first victory in the series.