Menard Ready To Take On The Tricky Triangle 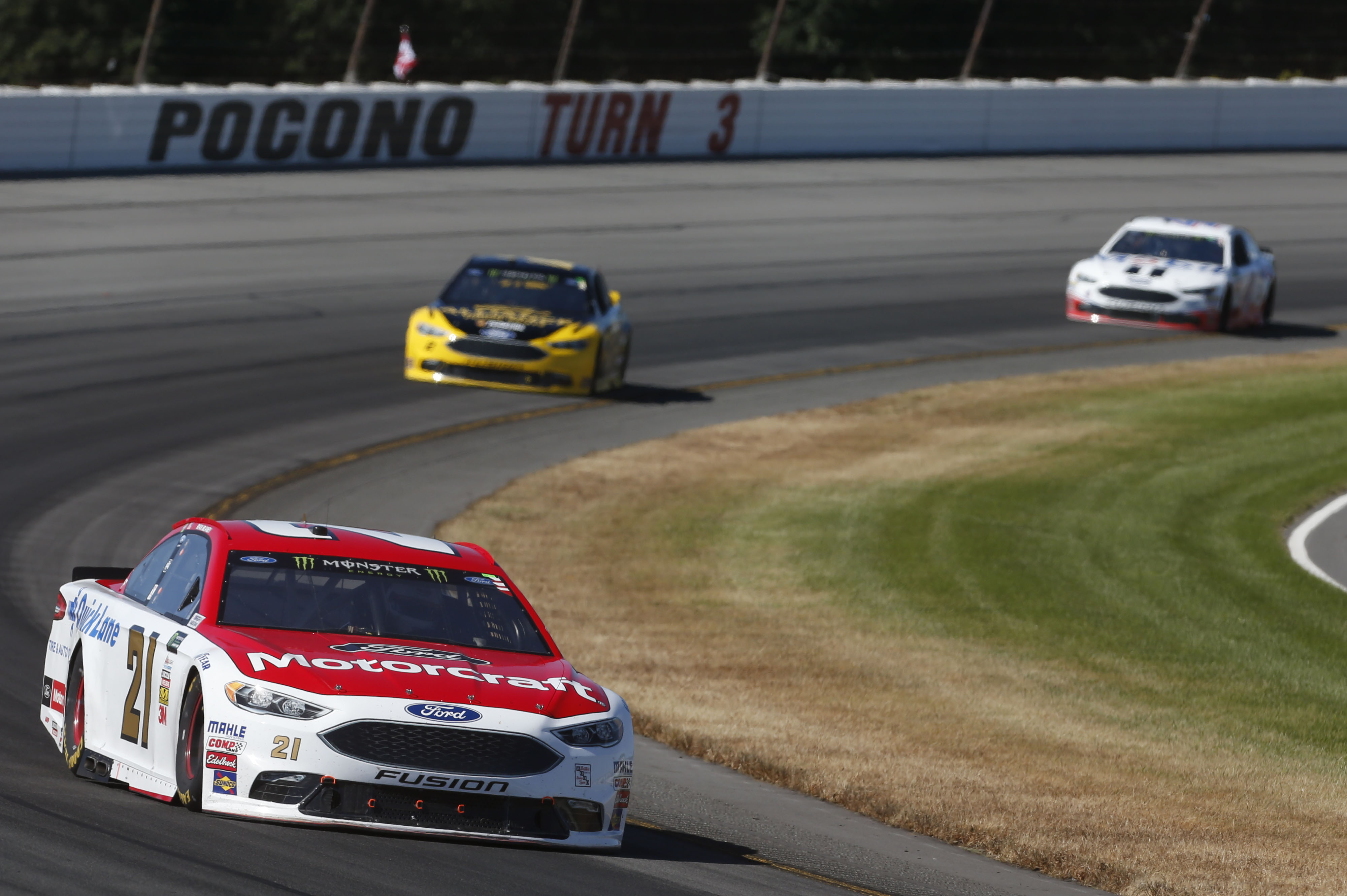 When Indianapolis 500 legend Rodger Ward designed Pocono Raceway, he patterned Turn One after the old Trenton Speedway in New Jersey, Turn Two after Indianapolis Motor Speedway and Turn Three after the Milwaukee Mile.

On the surface it would seem like Paul Menard, driver of the No. 21 Motorcraft/Quick Lane Ford Fusion would have an advantage at Pocono since he’s won two major NASCAR races on tracks the late Ward used in his planning for Pocono. Menard won the Brickyard 400 at Indianapolis in 2011 and an Xfinity Series race at the Milwaukee Mile in 2015.

But he said that Pocono’s turns, while similar to the legendary tracks they were based on, are themselves unique.

“It’s a cool concept,” Menard said of Ward’s use of legendary ovals in designing the 2.5-mile Tricky Triangle at Pocono. “But you don’t look at notes from Indy and Milwaukee.

“Turn Two at Pocono and Turn One at Indianapolis are visually similar, but the speeds, grip level, the banking and the curbing are quite different. And Turn Three at Pocono has less radius than Milwaukee.”

But one aspect of Pocono that does play to one of Menard’s strengths is the fact that races at Pocono share a lot of characteristics with road course races. He won an Xfinity Series race at Road America in 2015.

“You’re shifting every lap,” he said. “And a lot of times races there turn into fuel-mileage contests.

“Pocono is a fun place to drive, it’s a fun race and I really like the area around the track.”

Menard figures Pocono will be more fun than usual this year because for the first time in quite a while, he’ll get to race there with Ford power under the hood.

“I’m looking forward to feeling that Roush-Yates horsepower,” he said. “Our engines have been strong all year, but horsepower really shows up at Pocono.”

Qualifying for the Pocono 400 is set for Friday at 4:15 p.m., and the race is scheduled to start just after 2 p.m. on Sunday with TV coverage on Fox Sports 1.