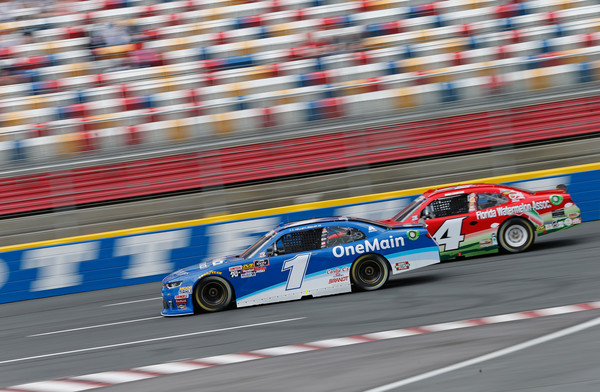 Chastain advanced to round two in NASCAR Xfinity Series qualifying, and the No. 4 Florida Watermelon Association Chevrolet Camaro started the race in 18th place. Chastain had a great start to race and was running in the top-15 before he reported that the car was down on power around mid-race. Chastain visited the garage where the No. 4 team diagnosed it as a carburetor failure. Chastain went back out on track and finished a hard-fought 26th place.

“It’s a terrible feeling to have a fast car one second and no power the next second,” said Chastain. “I’m so proud of my No. 4 guys for giving me such a great car to start with, and for how they handled the issues in the middle of the race. Although it’s not the finish we were hoping for, we’ll take 26th.”

Next up for the NASCAR Xfinity Series is the Pocono Green 250 at Pocono Raceway on June 2nd, 2018.