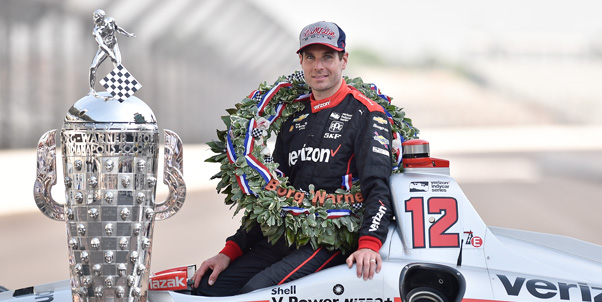 Will Power earned $2,525,454 from an overall purse of $13,078,065 for his victory Sunday in the 102nd Running of the Indianapolis 500 presented by PennGrade Motor Oil at the Indianapolis Motor Speedway.

2014 Verizon IndyCar Series champion Power, from Toowoomba, Australia, became the first Australian winner of the Indianapolis 500, capturing his first victory in “The Greatest Spectacle in Racing” in the No. 12 Verizon Team Penske Chevrolet. He beat pole sitter Ed Carpenter to the finish by 3.1589 seconds to score the record-extending 17th Indianapolis 500 victory for Team Penske.

Carpenter, from Indianapolis, earned $911,504 for his career-best “500” finish in the No. 20 Ed Carpenter Racing Fuzzy’s Vodka Chevrolet. He led a race-high 65 laps, also a best among his 15 career starts.

Robert Wickens earned $424,979 for his ninth-place finish in the No. 6 Lucas Oil SPM Honda, including $50,000 for being named Sunoco Rookie of the Year. Wickens, who led two laps, was the highest-finishing rookie among the four drivers making their first Indianapolis 500 starts this year.

The Indianapolis 500 purse consists of Indianapolis Motor Speedway and Verizon IndyCar Series awards, plus other designated and special awards. Purse awards were announced and presented at the Victory Celebration on Monday, May 28 at the JW Marriott in downtown Indianapolis.

Formula One update on 2021 calendar