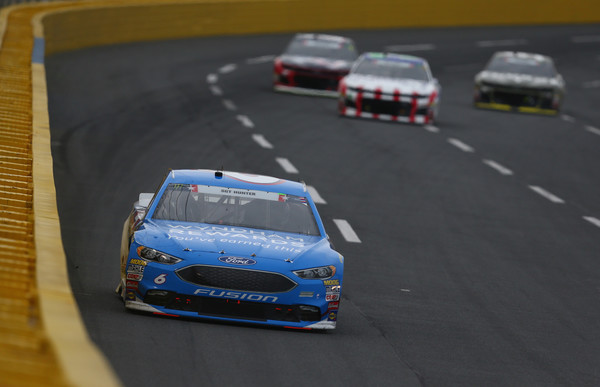 In NASCAR’s longest race of the year, veteran Matt Kenseth and the No. 6 Wyndham Rewards team battled back to manage a 17th-place finish in Sunday night’s race at Charlotte Motor Speedway.

“It was a struggle all night for us,” Kenseth said. “I guess we finished about where we qualified. I thought we were about a 20th to a 22nd-place car most of the night. We finished a little better than that, but maybe it’s a small step forward since Kansas.

“We still have some work to do. I feel like I’m trying to get up to speed as quick as I can. I’m still behind a little bit, so hopefully these next couple of weeks we’ll be able to get caught up and keep improving.”

Kenseth rolled off the grid in the 17th position but lost a few positions early on due to a loose handling machine. After a pair of stops, the latter being at lap 84, crew chief Matt Puccia and the team worked on the loose condition allowing the Cambridge, Wisconsin to regain seven positions by the time the first green checkered waved at the end of stage one.

After a couple of early cautions in stage two, Kenseth was scored in the 13th position but newer tires prevailed costing the 2003 NASCAR Champion to lose valuable track position before green flag pit stops. With only 15 cars on the lead lap at the end of the stage two, Kenseth was scored in the 22nd position when the green-checkered waved. After getting shuffled back on the restart, Kenseth would make another stop at lap 155 for more air pressure and wedge adjustments, before going down a lap at lap 175 after green flag stops cycled through. Kenseth finished stage two in 22nd.

After taking the wave around with 42 laps remaining in stage three, Kenseth was able to work his way into the lucky dog position by the time the green-checkered waved at the end of the stage.

Back on the lead lap for the final stage, the 2000 Coca-Cola 600 champion gained six positions in the final stage to take the checkered flag in the 17th position.

Kenseth and the No. 6 car return to action next weekend at Pocono Raceway. Race coverage begins at 2 p.m. ET on FS1 and MRN.