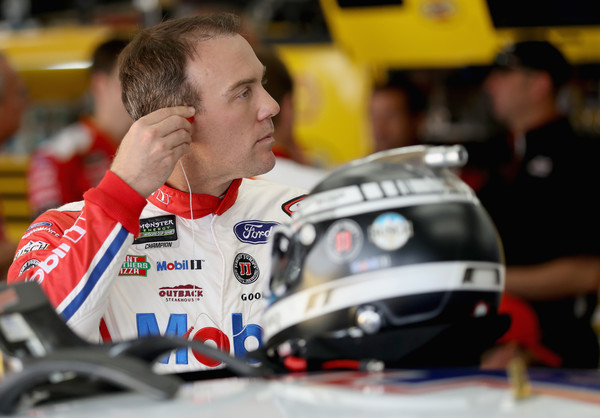 ● The team came to pit road for four tires, fuel and an air pressure adjustment during the caution and restarted ninth on lap 43.

● Harvick raced into the top-five by lap 67.

● The No. 4 Ford cut a right-front tire and hit the outside retaining wall on lap 83, resulting in heavy damage.

● The team was unable to continue due to the heavy right-side damage and retired to the garage, ending Harvick’s day.

●  Kyle Busch won the Coca-Cola 600 to score his 47th career Monster Energy NASCAR Cup Series victory, his fourth of the season and his first at Charlotte. His margin of victory over second-place Martin Truex Jr., was 3.823 seconds. With his Coca-Cola 600 victory, Kyle Busch became the first driver to secure a points-paying win at every track the Monster Energy NASCAR Cup Series visits.

Any indication why the tire went down?

“No, we stood in the garage and looked at it, and I can’t tell if we ran something over. There’s enough things that could have happened right there, but I’m just really proud of everybody on our Mobil 1/Busch Ford. The car was really, really fast. We came all the way through the pack and made it up into the top-three there, and sometimes those things happen. I can’t complain about anything that’s happened this year. We have to take the good with the bad. The guys did a great job in basically guessing at where the car needed to be today with all the penalties, no practice and starting in the back. To come out and have the fastest car again was quite an honor to drive, and they’re doing a great job. It was just bad luck.”

The next event on the Monster Energy NASCAR Cup Series schedule is the Pocono 400 on Sunday, June 3 at Pocono (Pa.) Raceway. The race starts at 2 p.m. EDT with live coverage provided by FS1.