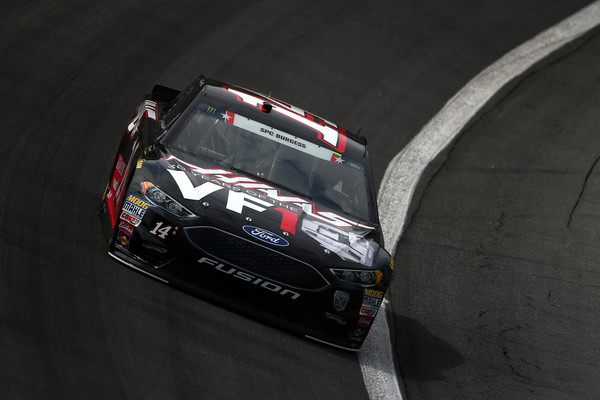 ● Told the crew his car was tight in the corners and said the tires felt like they had too much air.

● The No. 14 pit crew made quick pit stops and chassis adjustments that propelled Bowyer into the top-10.

● Car was loose at the end of the stage, but Bowyer climbed from ninth to seventh in final laps.

● Moved from seventh to fifth in the final 18 laps of the stage.

● Dropped to seventh by the halfway mark.

● Told crew his car started tight but ended up loose at the end of the run.

● Stayed on the track to save tires and struggled with handling as he fell back to 19th.

● Charged from 21st to 14th in the opening laps of the stage.

● Stayed on the lead lap until 11 laps remaining.

● Stage ran without a caution.

●  Kyle Busch won the Coca-Cola 600 to score his 47th career Monster Energy NASCAR Cup Series victory, his fourth of the season and his first at Charlotte. His margin of victory over second-place Martin Truex Jr., was 3.823 seconds. With his Coca-Cola 600 victory, Kyle Busch became the first driver to secure a points-paying win at every track the Monster Energy NASCAR Cup Series visits.

“It’s frustrating. You come here and it’s a long race, and what a weird race. It was like we had track position and cars were way back and laps down and then all the wrecks opened the door for them to get the laps back. Then we lost track position on tires there and kind of halfway got it back, but it was just a frustrating weekend altogether, really.”

The next event on the Monster Energy NASCAR Cup Series schedule is the Pocono 400 on Sunday, June 3 at Pocono (Pa.) Raceway. The race begins at 2 p.m. EDT with live coverage provided by FS1 beginning at 12:30 p.m.