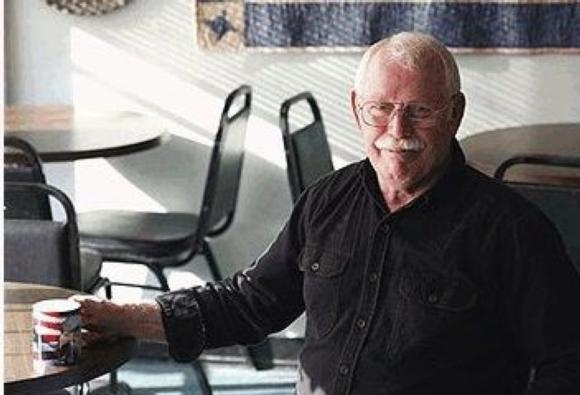 As part of the world’s most expansive Memorial Day Weekend celebration on Sunday at Charlotte Motor Speedway, the late Richard Warren will be honored with the coveted Stonewall Jackson Award during an unforgettable Coca-Cola 600 pre-race Salute to the Troops.

Warren, a U.S. Army veteran who fought in the Vietnam War and passed away in 2009 due to complications to exposure from Agent Orange, founded Pat’s Coffee Shop in Mooresville, North Carolina. With help from Welcome Home Veterans, Inc., Richard’s Coffee Shop opened in Warren’s honor on July 4, 2009. Thanks to Warren’s unwavering commitment to honoring our nation’s military, the restaurant added the Welcome Home Veterans Living Military Museum – a living shrine to the troops which continues to expand in scope and popularity.

Richard’s Coffee Shop was called “The Most Patriotic Coffee Shop in America” by Our State magazine. The shop features a veteran-signed Book of Honor and a military museum of artifacts donated by patrons in honor of those who served. Additionally, the coffee shop has been involved with organizations including Toys for Tots, Freedom Honor Flights and the American Legion.

Given annually since 1992, the Stonewall Jackson Award recognizes recipients who have demonstrated, by example, the highest standards of patriotism through personal support of the military and/or by personal service to sacrifice above and beyond the call of duty.

TICKETS:
Fans can catch Sunday’s patriotic Salute to the Troops plus all the thrilling action of Spectrum Pole Night on Thursday, the Alsco 300 on Saturday and the historic 59th running of the Coca-Cola 600 on Sunday with affordable weekend packages. Visit Charlotte Motor Speedway’s website or call 1-800-455-FANS (3267) to purchase tickets.