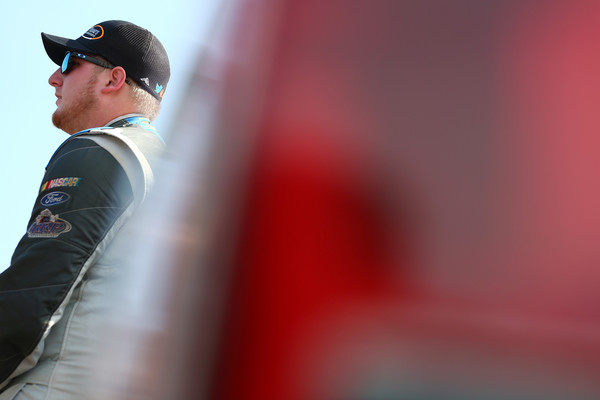 Hill will pilot the team’s No. 51 Chevrolet and look to better his 13th place performance three years ago at Daytona (Fla.) International Speedway, his lone start in the development series who was recently acquired by NASCAR.
The Winston, Ga. native returns to the 1.5-mile speedway on the heels of a solid top-20 finish last Friday night in his full-time Truck Series effort for Young’s Motorsports.
“I’m looking forward to this opportunity with Chad Finley Racing,” said Hill. “I like Charlotte Motor Speedway. It’s a unique mile-and-half race track, probably one of the most difficult in all of stock car racing – but that usually provides for some good racing and I think you’ll see that on Thursday night.
“We just need to have a good run with our No. 51 Chevrolet. This is a good opportunity for me to get some more experience in an ARCA car as we’re hoping I’ll have a couple more chances this year.”
Hill and crew chief Bruce Cook participated in the open test session at the Concord, N.C.-speed plant, however, their practice was cut short after a mechanical failure abruptly ended their activity.
“The car was going to be pretty good right off the gate,” Hill added. “it was a bummer that we had some bad luck – but if there’s a positive, we got our bad luck out of the way early and we’ll have a strong race.
“The track time was important, but I think we can make up some of the gaps during practice on Thursday. It’s a quick race. It’s only 100 laps – so we need to make sure we’re keeping our car adjusted so that final stretch we’re in a position to win the race.”
Cook says he’s ready for the opportunity to shine with Hill.
“Austin is a very talented race car driver and we’re excited to have him at Chad Finley Racing,” he said. “We’ll use practice on Thursday to get him back up to speed in an ARCA car.
“We have the confidence in him that he has the ability to drive a smart and conservative race and get our 2018 ARCA season off to a strong start at Chad Finley Racing.”
Jeff Finley, president of Chad Finley Racing and a former ARCA winner says adding Hill to the team’s stable can elevate the team’s rental portfolio.
“Looking forward to having some fun Thursday night with Austin,” said Finley. “He is like family to us, so we are honored to have him behind the wheel of our No. 51 Chevrolet.
“He is a great driver with lots of experience and we are going to give him our all to give him an opportunity for Victory Lane. This opportunity is something Bruce (Cook) and Austin’s dad Brian (Hill) put together to have some fun and that’s exactly what we are going to do.”
Auto Value Certified Service Centers and Air Lift Company will serve as associate marketing
partners for the sixth ARCA race of the year.
The General Tire 150 (100 laps | 150 miles) is the sixth of 20 races on the 2018 ARCA Racing Series presented by Menards schedule. Practice begins Thurs., May 24 with a two-hour practice session from 11:30 a.m. – 1:30 p.m. Timed qualifying is set for later in the day at 5:00 p.m. The race is set to take the green flag later in the day shortly after 9:00 p.m. The event will be televised live on FOX Sports 1 (FS1), while ARCARacing.com will stream live timing and scoring throughout the entire weekend festivities. All times are local (Eastern).
Chad Finley Racing PR