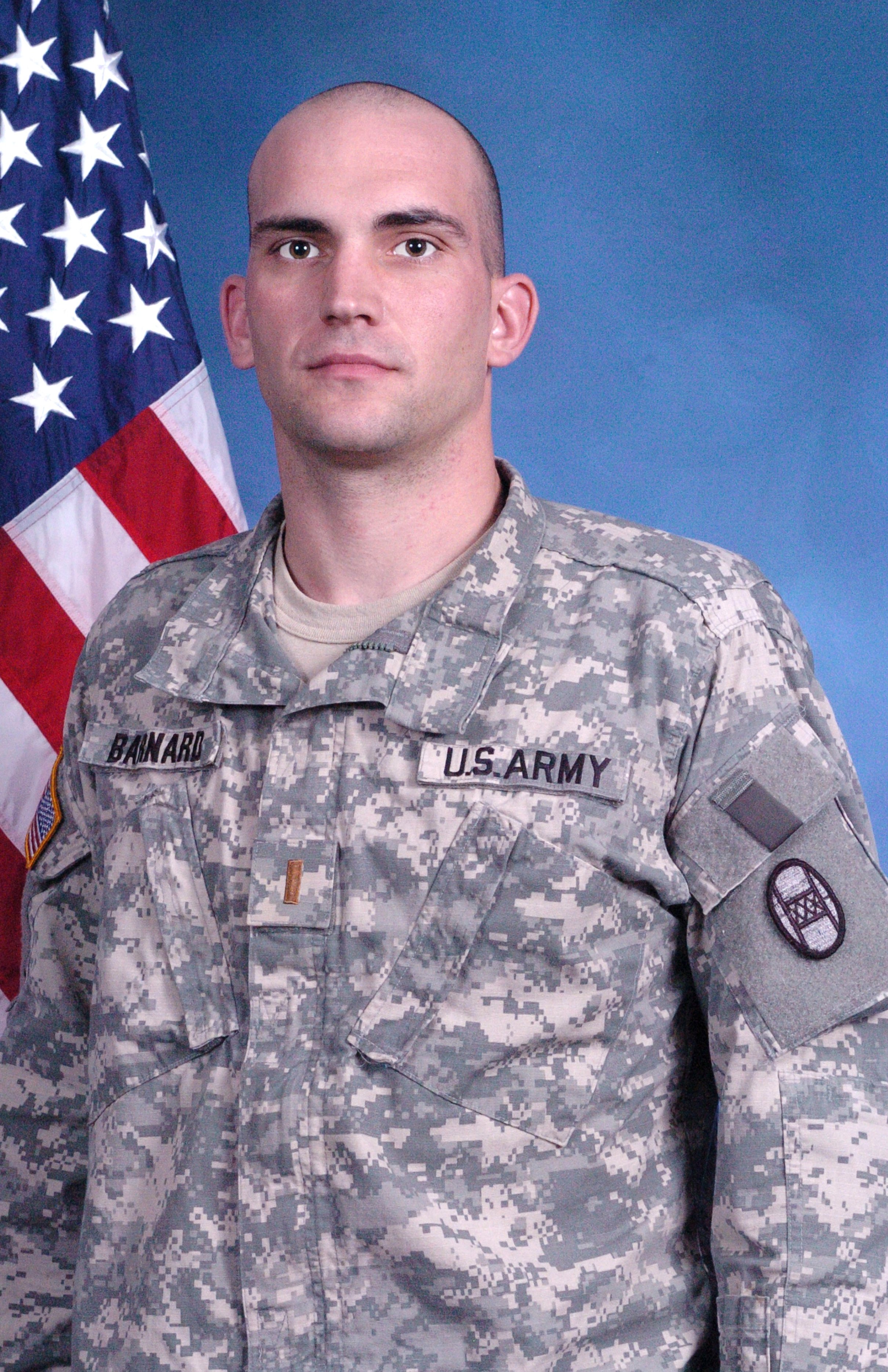 Patrick County, Virginia, has produced its share of heroes over the years. Some, like the Wood Brothers, came to fame through their success in automobile racing, where the family team still fields the No. 21 Menards/Knauf Ford Fusion driven by Paul Menard.

Others, like First Lt. Leevi Barnard, are heroes because of their service to their country.

Lt. Barnard made the ultimate sacrifice on May 21, 2009, when he died as the result of a vehicle-borne improvised explosive device. The incident occurred in Dora Market, near Baghdad where his unit was supporting Operation Iraqi Freedom.

Lt. Barnard, who was 28 when he was killed in action, was commissioned after participating in the U.S. Army ROTC program at UNC Charlotte.

He originally planned to pursue an aviation career but became a Field Artillery Officer instead.

Barnard had a minor in Arabic Studies from UNC-Charlotte, and according to his mother, used that part of his education as well as his service in the Army because he wanted to make a difference.

Among the honors he received were the Bronze Star Medal, The Order of the Purple Heart Medal, as well as the Global War on Terrorism Medal and Iraq Campaign Medal.

“He was sarcastic and liked to pick on us a lot – I guess he picked on pretty much everyone that he liked – but was also protective of us,” she said. “We fought as kids, but we were friends as adults, and I imagine we would have gotten closer over the years, which is the toughest part for me.”

Barnard’s childhood friends like Ryan Carter weren’t surprised he chose a career in which he could serve his fellow Americans.

“He was a humble kid,” Carter said. “He was loved by everyone that he came into contact with. As a young man he always wanted to be outside, whether hunting, fishing or playing baseball.”

“When he got older he spent time playing softball for his church. He was a great friend to anyone that knew him and was always willing to help.”

Carter said Barnard became a soldier because he wanted to do something for his fellow Americans.

“He told me that the reason he chose a military career was to ‘preserve the freedoms we have today,’” Carter said. “He always wanted people to be able to make ‘choices.’”

Carter said that seeing Leevi Barnard’s name on the Wood Brothers’ No. Ford this weekend at Charlotte Motor Speedway, almost nine years to the day since he died, will be an experience he’ll always cherish.

“While I would rather have my best friend here, it means the world to me and his family to have him honored this weekend,” Carter said. “While I know it would not happen, I do not want his ultimate sacrifice to be forgotten.”

“So by the Wood Brothers honoring him, his name can continue to be remembered by others.”

“Patrick County is small, so even though he was from a different part of the county, we’d occasionally end up on the same team,” Wood said. “We went to the same high school, but he was a couple of years ahead of me so we lost touch, but he was always just a stand-up guy.”

Wood said the NASCAR Salutes program, of which the “600 Miles of Remembrance” is a part, allows each team to choose the servicemember they honor.

“Even though Leevi left PC right after high school, you still consider him a local,” Wood said, adding that the 600 Miles of Remembrance also offers an opportunity to honor the family members and friends of the deceased.

“I know many of the good friends he left behind, so for me this is a way to show them that we appreciate the friend they had in Leevi Barnard.”

Fronk said she and her fellow family members appreciate Leevi being remembered during the Coca-Cola 600.

“We are proud of him,” she said. “I don’t know that he would like all this attention, but we are grateful that his memory will be honored by so many people across the country this weekend.”