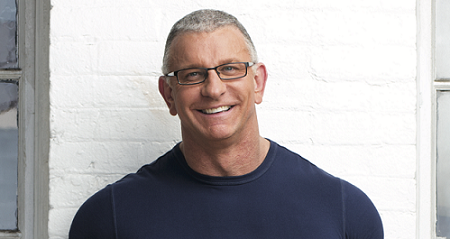 In keeping with Charlotte Motor Speedway’s patriotic Salute to the Troops before the Coca-Cola 600, Robert Irvine, a world-famous chef, author, philanthropist and military supporter – who became the first celebrity chef to open a restaurant in the Pentagon – will serve as grand marshal of the Memorial Day weekend spectacular. The Spirit of Hope Award-winning chef will give the command to start engines for the 59th running of the Coca-Cola 600, NASCAR’s ultimate test of man and machine.

Irvine has hosted or appeared on Food Network shows including “Next Iron Chef,” “Restaurant Express,” “Chopped: Impossible,” “Guy’s Grocery Games: Impossible,” “A Hero’s Welcome” and “Food Network Star.” He is a dedicated supporter of the USO, where he serves on the Board of Directors for USO Metropolitan Washington-Baltimore and has traveled on 12 USO entertainment tours around the world to strengthen our nation’s service members by connecting them to family, home and country throughout their service to the nation. Irvine has also received the accolade of being named United States Navy Honorary Chief Petty Officer due to his years of unfailing commitment to the military.

“It’s a true privilege to serve as this year’s grand marshal of the Coca-Cola 600,” said Robert Irvine. “While I’m a big fan of NASCAR, this race is particularly important to me as it commemorates the sacrifices made by the men and women who have lost their lives in defense of our nation.”

As part of his grand marshal duties, Irvine will meet and greet with service members and their families attending the race, and he will engage with military chefs who will have the opportunity to share their favorite BBQ recipes with Irvine, NASCAR drivers and the public.

Adding further prestige to the proceedings are pre-race dignitaries including:

This year’s edition of the Memorial Day weekend race will also highlight the Department of Defense’s “This is Your Military” initiative by paying tribute to each of the military branches, featuring special guests and showcasing vehicles and awe-inspiring displays of military prowess from the U.S. Army, the U.S. Marine Corps, the U.S. Navy, the U.S. Air Force and the U.S. Coast Guard

Through the speedway’s “Patriot Partners” program, race fans or corporate customers can buy a ticket for a member of the U.S. Armed Forces for just $25.

TICKETS:
Coca-Cola 600 tickets for adults start at just $58 while kids 13 and under get in for $10. Tickets, camping and upgrades for every 10 Days of NASCAR Thunder event are available at the gates, by visiting charlottemotorspeedway.com/tickets or calling 1-800-455-FANS (3267).