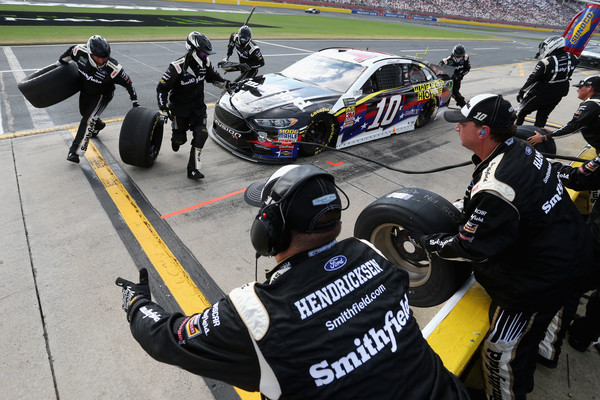 ● Almirola put the No. 10 Smithfield/Waffle House Ford Fusion into the lead right at the beginning of the race and paced the field for the first 11 laps.

● Almirola noted that the front end of his car began to plow on lap 12.

● Pitted for four tires, fuel and adjustments at the end of Stage 1.

● Almirola drove back to second place before he was shuffled out of the lead draft and fell to seventh place.

● Almirola ran in and around the top-five during the final 10-lap dash.

● Almirola’s Smithfield/Waffle House Ford found momentum on the last lap, but was caught behind traffic as the stage ended.

The next event on the Monster Energy NASCAR Cup Series schedule is the Coca-Cola 600 on Sunday, May 27 at Charlotte Motor Speedway. The race starts at 6 p.m. EDT with live coverage provided by FOX beginning at 5:30 p.m.