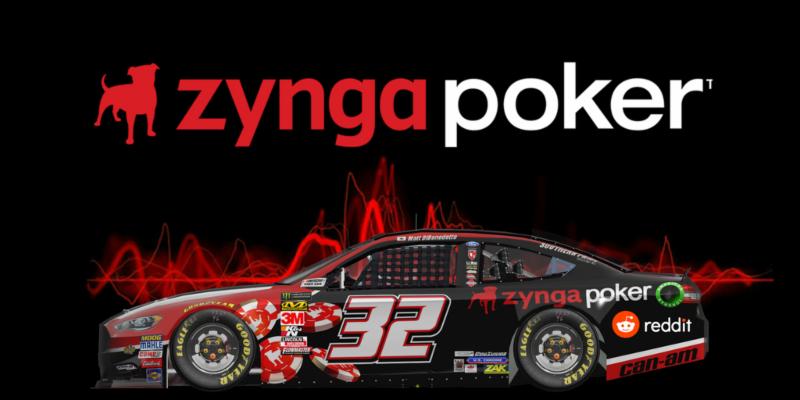 The NASCAR All-Star race is an exciting weekend for teams and fans alike. Without the pressure of the points standings looming, teams are more likely to take chances in hopes of bringing home the $1 million prize. The Go Fas Racing team and Matt DiBenedetto hope to earn the opportunity to race for that massive purse this weekend.

No Points, Just One Goal:
There are two ways the No.32 Zynga Poker team can earn their way into the All-Star race itself; they can either win a segment in the NASCAR All-Star Open race which occurs Saturday afternoon, or they can win the fan vote and get slotted into the big race through fan selection. DiBenedetto nearly won the fan vote in 2017 and the team, couple with Zynga Poker and other partners, has made a big push for the vote again in 2018. While the team hopes to race their way in, they would like to have the fan vote to fall back on.
The Monster Energy NASCAR Cup Series will be trying a new rules package this weekend. With decreased horsepower and increased drag, the series hopes to create closer racing that allows for drivers to pass more freely. While in the past, other teams would have tried to use the All-Star weekend as a test session for the Coca-Cola 600 the next weekend, with this test-package, teams can look at this as a fun weekend with the only goal being to make it into the big show and win the $1 million prize.
Last Week for the No.32 Team:
Last weekend the Can-Am race team was in Kansas for a Saturday night race under the lights, the KC Masterpiece 400. Many teams have fought small tech inspection issues throughout this season, and this weekend Go Fas and DiBenedetto were the casualty when a small issue caused them to miss qualifying. Starting 37th, DiBenedetto picked up 8 spots in the first ten laps and moved himself strongly into the top-30.
The race went mainly caution free until about 30 laps to go when an incident bunched the field back together under yellow. After that, several major incidents saw teams bringing damaged race cars behind the pit wall and into the garage area. DiBenedetto and the No.32 Can-Am /Wholeys Ford came through unscathed and were able to finish the race in the 22nd place, tying his best-ever finish at the speedway from 2016.
DiBenedetto on the All-Star Race:
“We’ve put a lot of effort into the All-Star race fan vote over the last couple of years in hopes that we can make the big race. The rules package this weekend is actually probably beneficial for us and we might be able to win a stage, but we really won’t know how the cars will drive until we get there. I’m interested to see the style of racing that this package produces and hope that we can race our way in. If not, I know our fans have done everything they can and we can’t thank them and everyone at Zynga Poker for pushing this vote so hard. We’re really excited to have Reddit on the car this weekend too, it’s great to give back to my fan base who has really given us a legitimate shot to win the fan vote.”
GFR PR
Post Views: 171