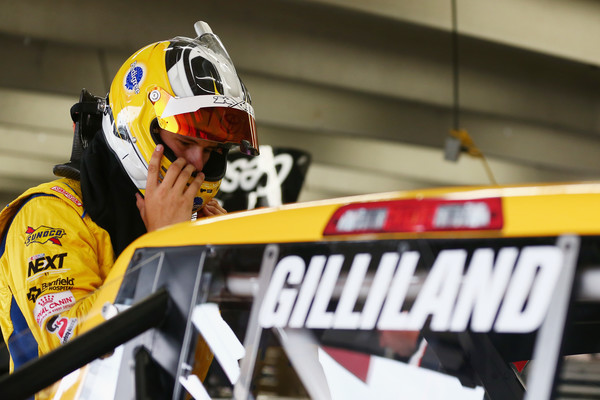 Todd Gilliland turned 18 on Tuesday, but the third-generation racer knew that his best birthday present wasn’t coming until Friday at Charlotte Motor Speedway. Gilliland’s 18th birthday means the driver of the No. 4 Pedigree Toyota Tundra is finally eligible to compete in every NASCAR Camping World Truck Series event. Gilliland’s first race on a 1.5-mile track comes in Friday’s North Carolina Education Lottery 200 – a test that Gilliland said he’s been waiting to take.

“It means we can now race the rest of the season,” Gilliland said. “This just adds a lot of confidence to me and my team. It’s just kind of nice that we can put everything together now. We need to get working as a team and build that bond, and just keep building fast trucks every week. I was still going to every race I wasn’t racing in. I was just trying to learn as much as possible.”

Gilliland has one top-10 finish in two starts this season. The son of longtime Monster Energy NASCAR Cup Series driver David Gilliland will make his ninth career start on Friday. He’s gone to school in the races he witnessed as a spectator.

“Any time you can watch Kyle Busch get in your truck and listen on the radio about how he breaks down every corner and the whole race track, (it helps),” Gilliland said.