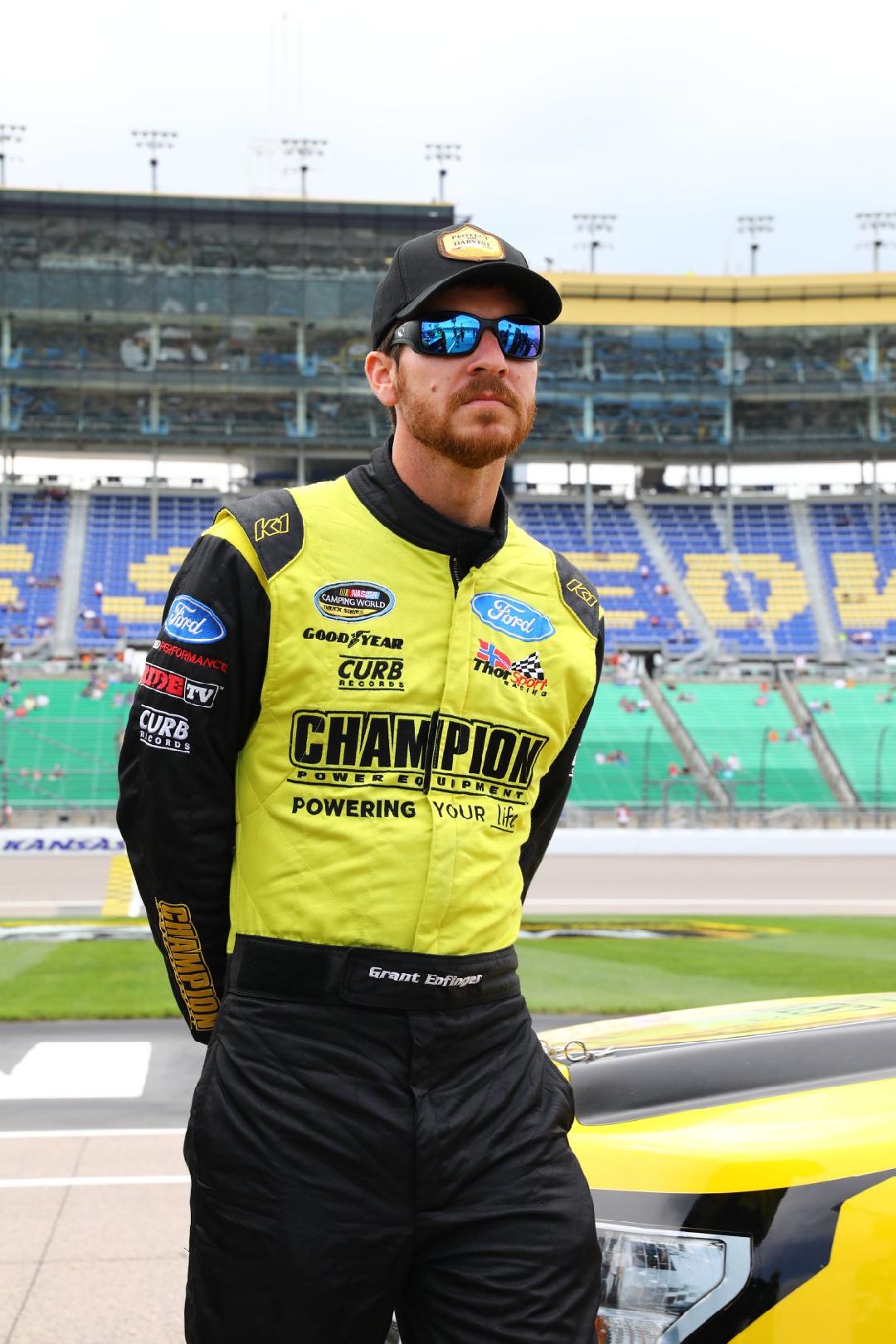 Former ARCA Racing Series presented by Menards championship competitors Grant Enfinger and Mason Mitchell will team up to try and capture the title in this weekend’s Menards 200 at the Toledo Speedway. Enfinger the 2015 ARCA champion will drive the Champion Power Equipment No. 78 for Mason Mitchell Motorsports (MMM).

Enfinger has 16 ARCA wins to his credit. In fact, Enfinger has a streak of winning an ARCA race each of the last five seasons.

“Toledo (Speedway) is a place I really like, it’s got a lot of grip, and it’s fun to drive,” said Grant Enfinger. “I’ve had some success there, and I’ve run well there in the past, I’ve just had some bad luck, and I’ve never been able to seal the deal there. I love the ARCA Racing Series, and I like to get back there and drive, or either help out a team, anytime that I can. I’m truly thankful for this opportunity with Mason Mitchell Motorsports. I’m looking forward to a successful weekend, and putting on a good show for the fans.”

During the 2014 season, Grant Enfinger and Mason Mitchell battled the entire duration of the 20-race schedule for the ARCA Racing Series title with Mitchell securing the title in the final race. The following year, Enfinger dominated the tour winning a series high six races on his way toward winning the title.

2014 champion Mason Mitchell holds the qualifying record at the Toledo Speedway which he set during the 2014 season.

“It’s unique how things can come full circle in life and in racing,” Owner Mason Mitchell stated. “Grant and I have had some very intense battles on the racetrack over the years. I’m really excited to put our efforts into working with one another and trying to capture a win together this weekend at Toledo.”

Before racing at Toledo, Enfinger will pilot the No. 98 Champion Power Equipment entry in Friday night’s NASCAR Camping World Truck Series NC Education Lottery 200 at Charlotte Motor Speedway for ThorSport Racing. He currently sits third in points in his second full-time season racing with the tour.

The Menards 200 will air live on MAV TV beginning at 2:00 PM ET. Arcaracing.com will have live timing and scoring for all on-track activities throughout the weekend.