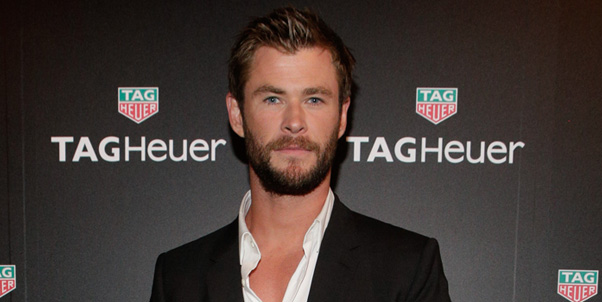 Hollywood actor and TAG Heuer brand ambassador Chris Hemsworth will serve as honorary starter for the 102nd Running of the Indianapolis 500, waving the green flag on Sunday, May 27 at the Indianapolis Motor Speedway.

Hemsworth was recently seen in Marvel’s “Avengers: Infinity War,” which set a box office record of $640.9 million worldwide on opening weekend. He is also known to motorsports fans for his portrayal of Formula One legend James Hunt in Ron Howard’s biopic “Rush.”

“I am very excited for the Indy 500 this year,” Hemsworth said. “As a TAG Heuer ambassador and motorsport fan, it’s an incredible honor to wave the green flag. It is going to be an exciting moment, and I am happy to be here with TAG Heuer.”

“The Indianapolis 500 is the greatest race in the world and the largest single-day sporting event on the planet, so it’s fitting we will have a globally recognized and applauded figure in the flag stand,” said J. Douglas Boles, Indianapolis Motor Speedway president. “Chris is a true sporting fan who is going to embrace the IMS experience and enjoy seeing 33 cars race down the front stretch at our iconic facility.”

To celebrate its partnership with IMS and the Verizon IndyCar Series, TAG Heuer has released two limited-edition Indy timepieces, a Carrera Heuer 01 and a Formula One. Both watches are designed to honor the 102nd Running of the race and TAG Heuer’s history as a luxury sport brand, melding automotive technology with Swiss watchmaking mastery of creating high-performance watches. Each piece of the 500 Formula 1 Indy 500 Limited Edition and the 102nd piece Carrera Calibre Heuer 01 Indy 500 Limited Edition features the Indy 500 logo and notes the limited-edition number engraved on the case back.

“As Official Timekeepers and watch of the IndyCar Series, this race is very important for us at TAG Heuer,” said Kilian Muller, president and CEO of TAG Heuer North America. “Chris Hemsworth has been a TAG Heuer ambassador since 2015, and the continued relationship has truly flourished. Chris truly embodies our #DontCrackUnderPressure motto, and his presence at the Indy 500 is greatly appreciated. We are excited and look forward to seeing him wave the green flag to commence the race!”

Visit IMS.com to purchase tickets for the 102nd Indianapolis 500 presented by PennGrade Motor Oil and for more information on the complete Month of May schedule at IMS.

The race will be televised live on ABC, with the pre-race show starting at 11 a.m. (ET).

Formula One update on 2021 calendar