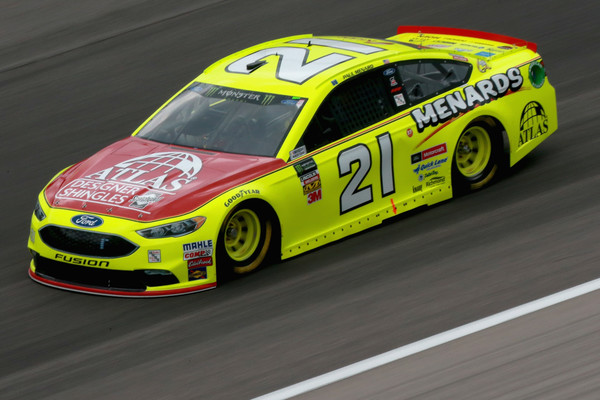 After a couple of tough races on the Monster Energy Cup circuit, Paul Menard was looking for a drama-free trip to Kansas Speedway.

Halfway through the race weekend, Menard is getting his wish.

He and the crew of his No. 21 Menards/Atlas Ford were solid in practice, then made it through a tough inspection process and advanced to the third and final round of knock-out qualifying where they earned the 11thstarting spot for Saturday night’s KC Masterpiece 400.

Menard opened the day on Friday at Kansas by posting the 15thbest time in Friday’s only practice session with a best lap at 183.424 miles per hour.

In the final round he toured the track at 185.471 mph to secure the 11thstarting spot.

It was the third time this season that he’s been among the elite 12 in qualifying, and the eighth time in 19 career starts at Kansas that he’s qualified among the top 12.

Friday also was a good day for the Blue Oval contingent as there were seven Fusions, including Menard, among the top 12 qualifiers.

“This is the way you want your race weekends to start,” said team co-owner Eddie Wood.

“Everyone worked hard Friday. The inspection process was tough, but [crew chief] Greg Erwin and the team were on top of the situation, and Paul did a good job in qualifying and practice.

“We’re looking forward to tonight’s race and a chance to make up some ground in the points standings.”

The Wood Brothers have four career top-five finishes and seven top-10s in 16 starts at Kansas Speedway.

The KC Masterpiece 400 is scheduled to start just after 8 p.m. Eastern Time with TV coverage on Fox Sports 1.