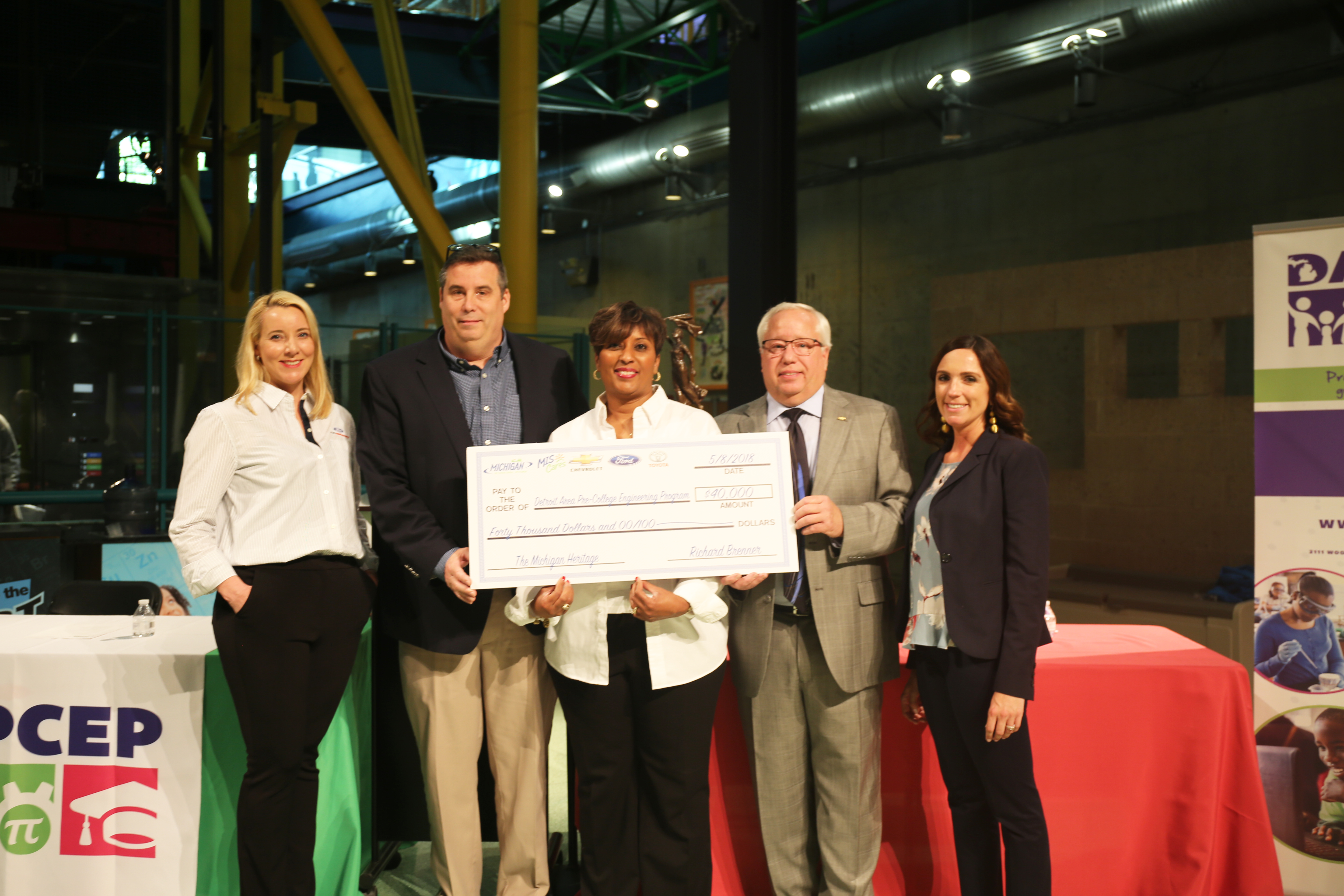 The Michigan Heritage is a recognition and celebration of the automobile and its importance to the race track and the manufacturers competing in NASCAR.  As part of the Michigan Heritage, each contending manufacturer and MIS annually commit $10,000 to be given to a youth-focused and science, technology, engineering and mathematics (STEM)-related charity in Michigan.

“It is an honor to present $40,000 in conjunction with all three manufacturers to such a deserving organization in DAPCEP,” track President Rick Brenner said. “It is important to continue the education of youth in the STEM field and we are dedicated to assisting in their studies. We cannot wait to see DAPCEP grow and reach more children.”

Chevrolet won the Michigan Heritage after both races at Michigan International Speedway in 2017. Thanks to the two Kyle Larson victories, Chevrolet was able to choose the recipient for this year. They worked in conjunction with Ford and Toyota to elect to present the $40,000 donation for 2017 to DAPCEP.

The trophy was designed by Fortress Studios artists Steven Kuypers and Steven McShane, both graduates of Detroit’s College for Creative Studies. The Michigan Heritage is three feet tall, weighs about 30 pounds and features an original sculpture similar to Greek goddess of victory Nike, also inspiration for classic cars hood ornaments from Cadillac, Rolls-Royce and Packard.

The original bronze artwork sits atop a wooden base similar to the architecture of Detroit landmarks such as the Fisher Building and Guardian Building.

Manufacturers are important to MIS. The track annually recognizes NASCAR’s manufacturers, asking fans in the grandstands to cheer on their favorite during a fun poll conducted over the PA system during pre-race ceremonies.

Tickets to the FireKeepers Casino 400 on June 10 and the Consumers Energy 400 on Aug. 12 start at $35. Fans can find the perfect campsite for their families and friends in any of the different campgrounds at the track starting at $160. Fans can purchase tickets and campsites at www.mispeedway.com or by calling 888-905-7223.

Sunday ticket holders can stick around on Saturday after the NASCAR XFINITY Series LTi Printing 250 for a free post-race concert featuring the bands FireHouse and 38 Special located behind Turn 3. Don’t miss 40 years of Southern rock hits with this classic band when 38 Special takes the stage. In August, fans with a Sunday admission can stay after the NASCAR Camping World Truck Series Corrigan Oil 200 for the free concert featuring The Cadillac Three.