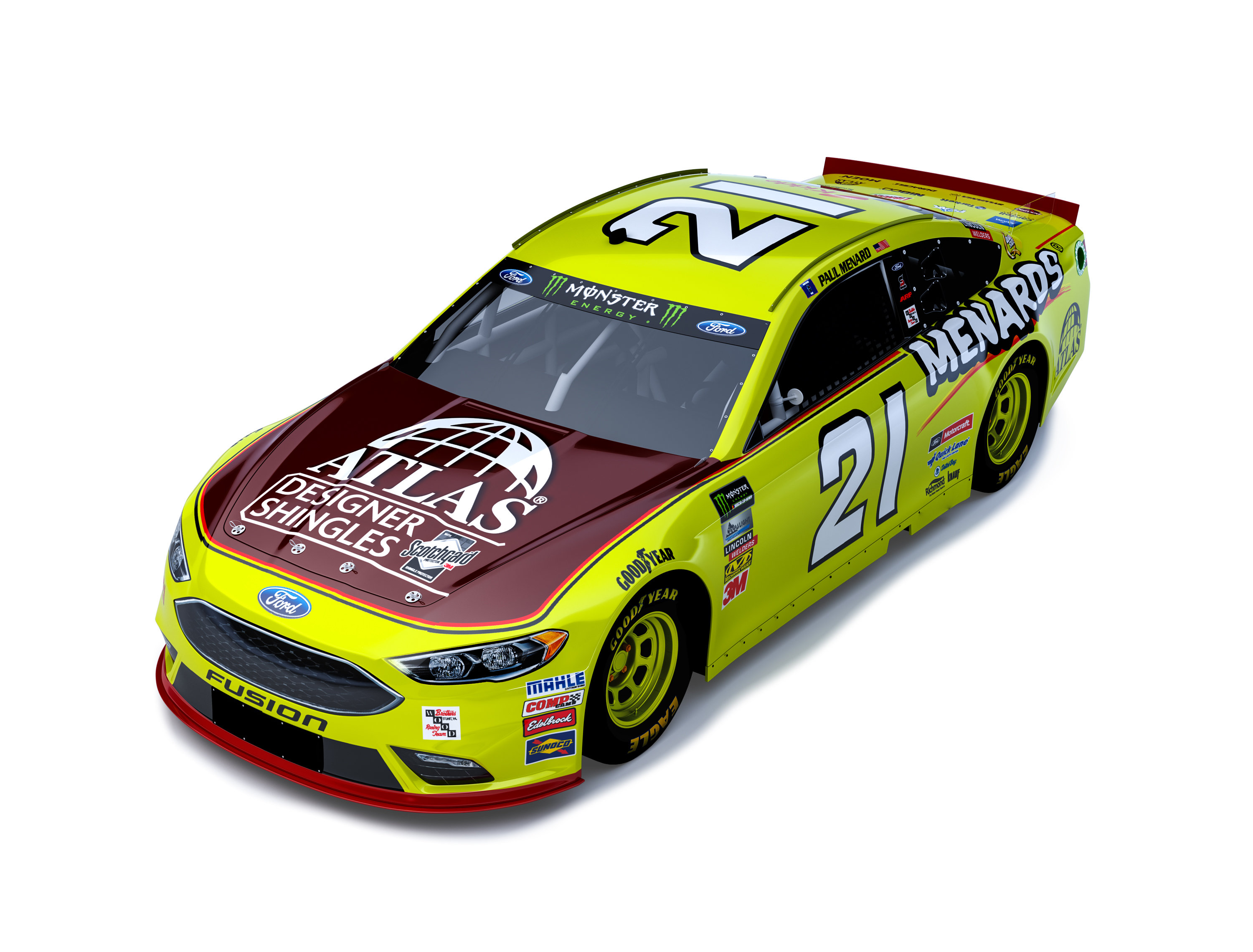 For Paul Menard and the crew of his No. 21 Ford Fusion, the past two weeks have been ones of great potential and bitter disappointment.

At Talladega Superspeedway, he ran among the leaders early and often, winning Stage Two, leading eight laps and picking up 16 stage points only to be swept up in a multi-car crash not of his own making.

At Dover International Speedway, he had another fast Ford, topping the speed chart in the opening practice, then saw his march forward undone by a lengthy trip to the garage to have a damaged hub replaced.

“It’s been brutal,” Menard said of the previous two weeks. “It’s really frustrating because we had such good cars.”

So, as he prepares for Saturday night’s KC Masterpiece 400 at Kansas Speedway, he’s mostly hoping for a race without any unexpected setbacks.

“I’ve had a lot of good runs at Kansas,” said Menard, who will carry the colors of Menards/Atlas this weekend. “But what I’m looking for is an uneventful, drama-free weekend.

“If we can have that, we’ll be OK. Our cars have speed, so I think we will be fine.”

Menard, who has five top-10 finishes at Kansas with the best being a third-place effort in the fall of 2012, said he likes the 1.5-mile track.

“It has a really good surface,” he said. “It has wide grooves. You qualify in the bottom, but by race time the middle and the top open up and it puts on a really good show.”

Menard also said that despite the recent disappointments, he still feels good about being among the 16 drivers who will qualify for the playoffs this season. He enters Kansas 21stin the standings, 32 points shy of being among the top 16, with 15 races to erase the deficit.

“We’re a little behind, but we’ll definitely make the playoffs,” he said.