Mechanical woes ends Todd’s day in the first round 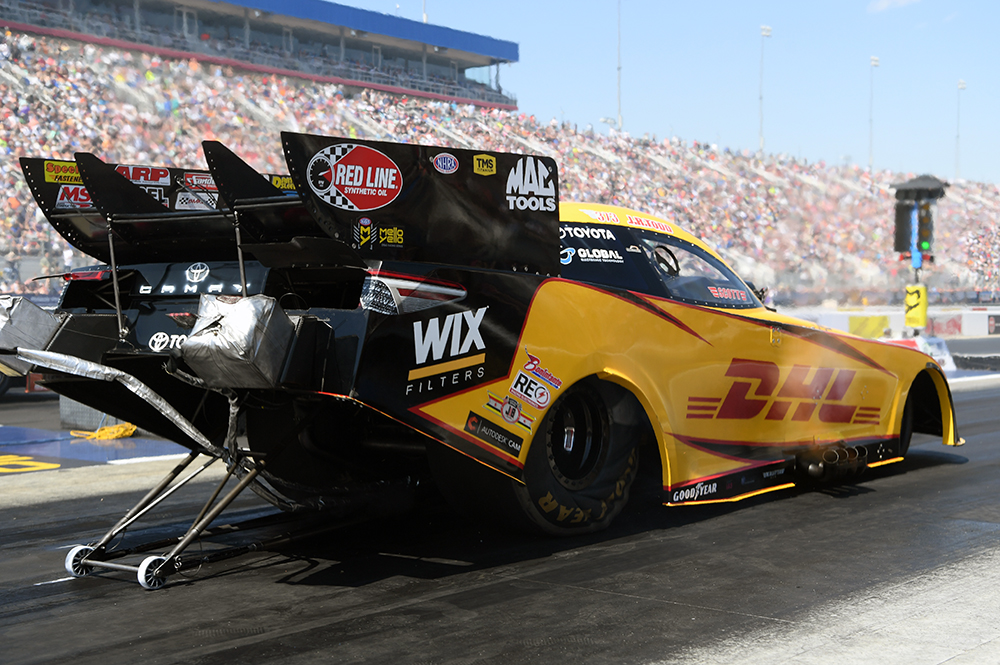 J.R. Todd and the DHL/WIX Filters team fell in the first round after mechanical problems ended Todd’s first round run shortly after it began.

Todd’s team, led by Jon Oberhofer and Todd Smith, had the early answers at tricky Atlanta Dragway. Todd’s first pass down the track proved good enough for two bonus points. In qualifying, the DHL Toyota got down the track three of four possible passes and earned the seventh starting spot.

The first round Todd drew points leader Jack Beckman. Todd’s team chose the preferred right lane, and left with his opponent. However, shortly after the DHL Toyota shoved towards the wall as a result of a mechanical problem. Todd saved the machine from contact to the wall, but the round was lost despite Beckman’s problems down track.

Quotable: “Definitely not the way we wanted to end our day with this DHL team. We will regroup and be ready for Topeka.”