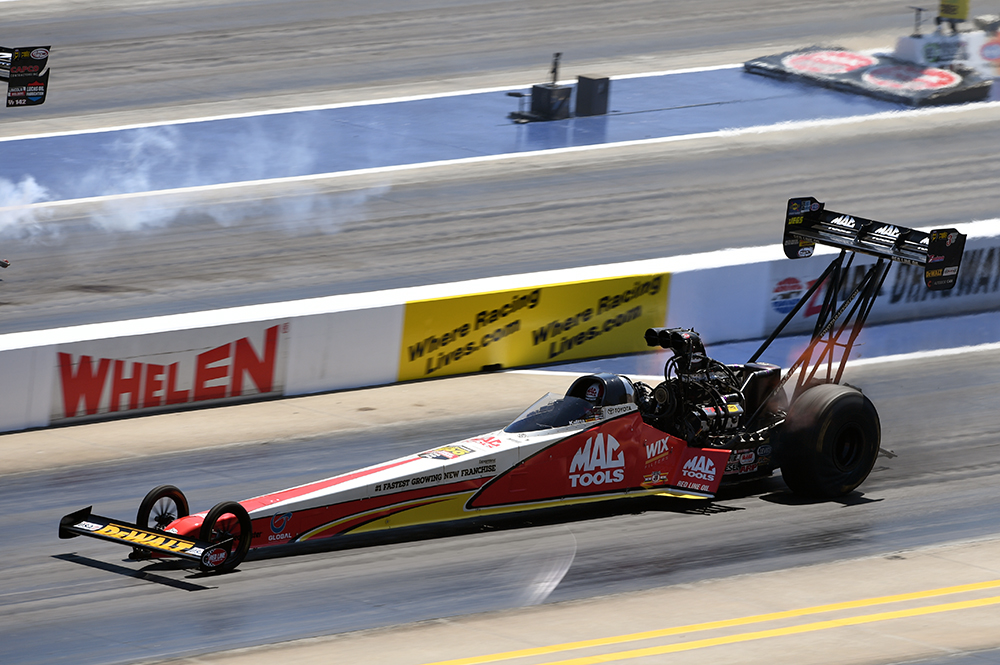 Doug Kalitta and the Mac Tools team advanced to the quarterfinals before losing a close race to Steve Torrence.

Kalitta has a great start to the weekend as he was scored in the number one spot after the first session. The Mac Tools machine tuned by Jim Oberhofer made multiple solid passes. After some shuffling in the final session, Kalitta was bumped to the sixth starting spot and drew his teammate Richie Crampton once again.

Kalitta got the jump on the Kalitta Air dragster at the starting line and led all the way to score another first round win with a solid 3.845 second pass. The run advanced the Mac Tools team to the quarterfinals and a draw of points leader Steve Torrence. Kalitta and Torrence left together, but after a great drag race, the Mac Tools team came up just short.

Quotable: “Great drag race there in the second round; we just didn’t have enough. It is tough when you watch so many other teams struggle and win, but that is drag racing. The Mac Tools team will go home and we will be ready for Topeka.”