LaJoie Prepped to Take on The Monster Mile 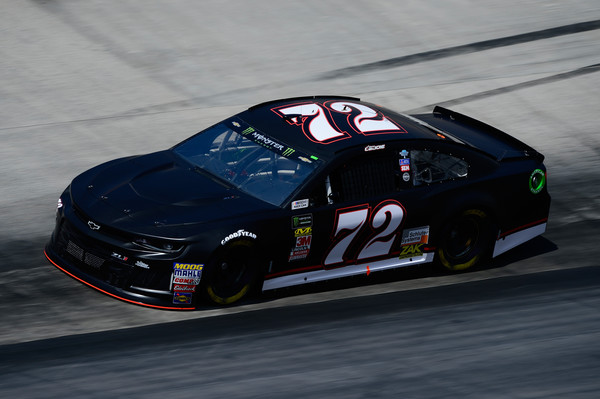 The Monster Energy NASCAR Cup Series (MENCS) will travel to Dover (Del.) International Speedway this weekend for the AAA 400 Drive for Autism where driver Corey LaJoie will be back in the TriStar Motorsports No. 72 Chevrolet Camaro ZL1.
LaJoie has a total of one MENCS start at Dover International Speedway and has completed 389 laps. Although he has limited starts in the MENCS at Dover, LaJoie is no stranger to the 1.0-mile oval famed as the ‘Monster Mile’. He is credited with two previous NASCAR XFINITY Series starts resulting in one top-10 finish, five starts in the NASCAR K&N Pro Series East resulting in one win, three top-five and four top-10 finishes.
As a continued effort, Dover International Speedway will promote Autism Awareness this weekend. In support of the initiative, more than 40 drivers within NASCAR’s three premier series will display a special Autism Awareness decal on the C-Post of their cars and trucks. In addition to the C-Post decal, TriStar Motorsports and Corey LaJoie will proudly run a larger decal on the deck lid of the No. 72.
Having only three MENCS starts so far, Dover will mark the shift of LaJoie’s stint behind the wheel of the No. 72. Teammate Cole Whitt has completed most of his scheduled races for 2018 with the exception of Pocono and the upcoming road courses. LaJoie will suit up and take over the reins just in time to battle Miles the Monster. Heading to Dover with great enthusiasm, LaJoie and the No. 72 team are prepped and ready for the challenge.
TriStar Motorsports PR/Photo Robert Laberge/Getty Images