Menard Heads To Dover With Spring In His Step 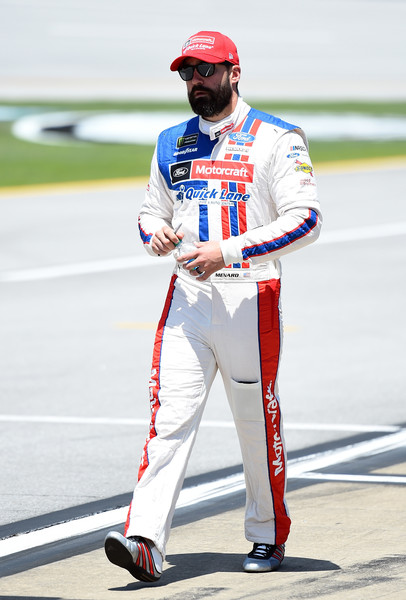 Paul Menard and the Motorcraft/Quick Lane team didn’t get the finish they were hoping for at Talladega Superspeedway, but they did leave the track feeling good about the performance of their No. 21 Ford Fusion.

“It was a good day overall,” Menard said as he prepared for a day of testing on the Roval at Charlotte Motor Speedway before beginning his preparations for this weekend’s 400-miler at Dover International Speedway. “We ran up front. We got our first Stage win of the season and we got some Stage points (16 of them including six for a fifth-place finish in the first Stage), which we needed.

“There’s really nothing about the cars that transfers from Talladega to Dover because the tracks are so different, but we do go there with a little more bounce in our step after the way we ran at Talladega.”

Menard said he likes racing at Dover, even though statistically it’s not one of his best tracks. He said Dover has one of the main qualities he looks for in a race track.

And he appreciates the way the concrete oval at Dover wears tires over the course of a run and the options that tire wear provide.

“You can abuse your tires early in a run and pay the price later,” he said. “Or you can save your stuff early and be faster later.”

Menard added that throughout the course of the race, drivers can search for speed using different lines around the track.

“Dover puts on a good race because you’re able to move around,” he said.

Menard’s 30th-place finish at Talladega dropped him to 19thin the points standings, eight points out of 16thplace, but after 10 races together he continues to see improvement in the Motorcraft/Quick Lane team.

“We’ve had some good runs and a few disappointing ones,” he said. “Of course you’re always looking for more, but for our first time together as a unit I think we’ve had some pretty good race cars.”

Qualifying for the AAA Drive for Autism 400 is set for Friday at 3:20 p.m. Eastern Time, and the race is scheduled to start just after 2 p.m. on Sunday with TV coverage on Fox Sports 1.
WBR PR/Photo  Josh Hedges/Getty Images