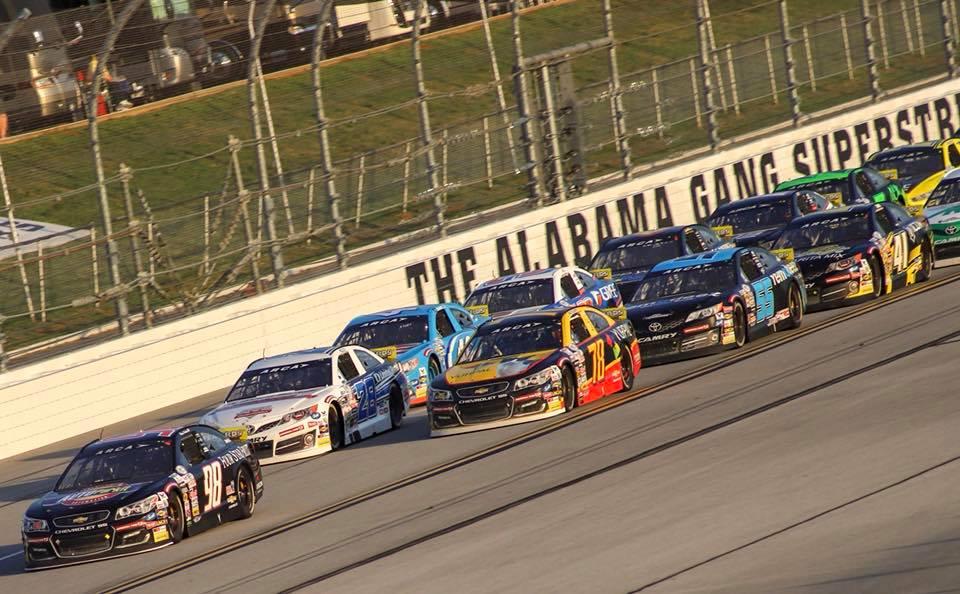 Superspeedway racing is full of gambles. Friday evening in the General Tire 200 at the Talladega Superspeedway, Mason Mitchell Motorsports bid for victory ended up short as drivers Blaine Perkins and Max Tullman’s fuel cells ran dry due to “overtime.” Max Tullman’s tank sputtered on the last restart in regulation. Tullman was able to rebound for a sixth-place finish. Teammate Blaine Perkins tank went dry during the first green-white-checkered attempt. Perkins finished 13th in his superspeedway debut.

Max Tullman started the final restrictor plate race in the fifth position. At the drop of the green flag, the 20-year-old found himself stuck on the inside line and slipped back outside the top-ten. Tullman capitalized on track position after leaders came down pit-road at lap 47 moving him from 15th back inside the top-five. Tullman made a move around Sheldon Creed on lap 69 for the lead. He would lead the next five circuits. After an extended caution with 2 laps to go the No. 78’s fuel tank ran dry. The caution waved allowing Tullman to bring the machine down pit-road for fuel. He would restart in the 20th position and move up to finish sixth. The finish tied his finish from Daytona in February.

“We had one heck of a rocket today,” Tullman stated after the event. “The first half of the race we exerted patience working our way to the front. We were able to work with our teammate Blaine Perkins and get to the front. Those late race cautions didn’t help our cause. It was great to be able to lead laps and run one and two at Talladega for a little bit. I’m really looking forward to being behind the wheel again at Charlotte Motor Speedway next month.

Teammate Blaine Perkins who was making his superspeedway debut with MMM turned heads the entire weekend. Perkins qualified inside the top-ten and showed the strength of the No. 98 as it took him eight laps to move into the runner-up position. The California native raced inside the top-five all afternoon long and put the No. 98 out front for 12 laps until the tank went dry on the first green-white-checkered attempt. Perkins was able to make it down pit-road and restart in the 19th spot for the final restart of the day. He was able to gain six positions in the final dash to the checkered flag and cross the stripe in 13th.

“Talladega was such an amazing experience last weekend, Perkins said. “I’m so thankful to be working with crew chief Mark Setzer and Mason Mitchell. I truly learned a lot in my first superspeedway start. Cup spotter Kevin Hamlin helped tremendously throughout the weekend. We were able to lead some laps. Unfortunately, we had a lot of late race cautions that hurt our fuel strategy. We were able to pass a lot of cars during the final lap. I’m looking forward to having another opportunity at Pocono in June.

The next race for MMM and the ARCA Racing Series will be at the Toledo Speedway on Sunday, May 20th for the Menards 200. The race will be televised live on MAV TV beginning at 2:00 PM  ET. Arcaracing.com will have live timing and scoring for all on-track activities.

Mason Mitchell Motorsports: Is a championship driver development team fielding multiple entries in the ARCA Racing Series for the 2018 season. The team is based out of Statesville, North Carolina. http://www.masonmitchellmotorsports.com