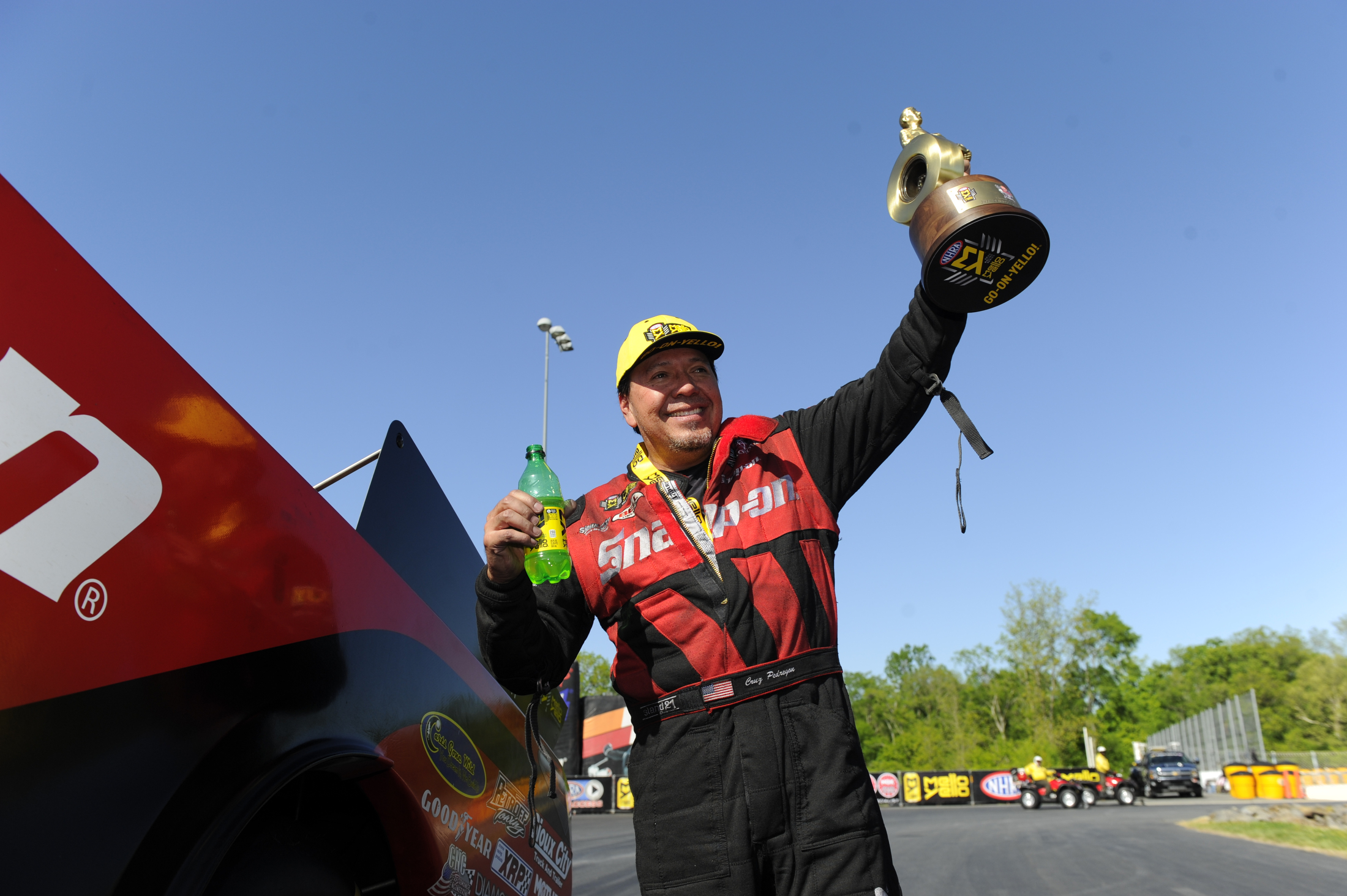 Cruz Pedregon and the Snap-on Funny Car team knew everything was lined up for a win, and they were right. Pedregon captured his first win of the year and 36th career victory yesterday in Charlotte with a time of 4.05 at 316 mph.

“We were confident the work Cruz, Aaron (Brooks), Glen (Huszar) and the crew have been doing would pay off, and it’s gratifying to see it come together for such a determined team. Cruz has been meticulous in making sure the Snap-on Funny Car is performing at its best, and he was at the top of his game,” said Yvette Morrison, vice president of marketing, Snap-on Tools Group. “Cruz continues to be a winner for the Snap-on brand and he proved that again. This victory gives us all an additional reason to celebrate our ongoing, long-time relationship.”

Pedregon outran Courtney Force, John Force and Tommy Johnson in the final Funny Car round of the annual four-wide event in Charlotte. This victory is Pedregon’s first since Englishtown in 2014 and moved the team into 8th in the season point standings.

“This win feels really good, and it was a great day with a great car,” said Pedregon. “Aaron, Glen and the entire team really fought together to get it done, and we did it.”

Pedregon and the Snap-on Funny Car team will now head to Atlanta for the upcoming Southern Nationals.