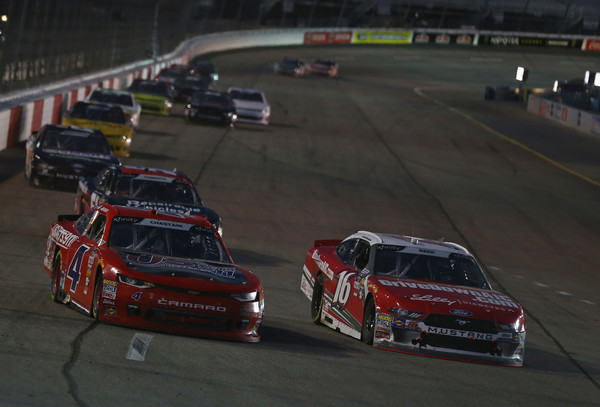 Ryan Reed capitalized on consistency at Richmond Raceway and drove his No. 16 Drive Down A1C Lilly Diabetes Ford to a ninth-place finish under the lights Friday night.  Reed was a top-10 car in practice, qualified 13th and was able to make the right adjustments and maneuvers throughout the race to earn a top-10 finish at the site of his first career NASCAR Xfinity Series (NXS) start.

“It was just an overall solid weekend for our Lilly Diabetes Drive Down A1C.com Ford Mustang,” said Reed.  “I feel like we’ve been close to a lot of top-10 finishes and a lot of bad luck and poor execution and just not finishing it out, so it felt good to kind of have a mistake-free race.  We got better throughout the race, which was great.  We moved forward and it was a solid weekend.  We needed that to kind of get in our summer rhythm, so hopefully we can build on this and go on to Talladega and Dover and get a couple more good finishes before the two-week break.”

Richmond was a one-day show for the NXS and Friday started off with two practice sessions.  Reed made gains in the first practice and by final practice was sixth overall.  In qualifying, the No. 16 narrowly missed advancing to the final round and earned the 13th starting position.

Reed was the epitome of consistency over the course of Stage one, starting 13th and finishing the 75-lap segment 13th while dealing with a tight through the center handling condition.  After a pit stop for four tires, fuel, and a track bar adjustment during the Stage break, Reed lined up 16th for the second Stage.

Reed steadily made gains over the second Stage, advancing to 11th before the final Stage.  The changes from the previous stop helped and Reed wanted a little more of the same.  A fast pit stop by his crew lined Reed up eighth for the final Stage of the race.

Over the course of the final Stage Reed was a solid factor in the top 10 and was able to maintain his ground to earn a ninth-place finish.  The finish ties his best finish at the .075-mile track.