Boyd Shines Under the Lights at Richmond Raceway 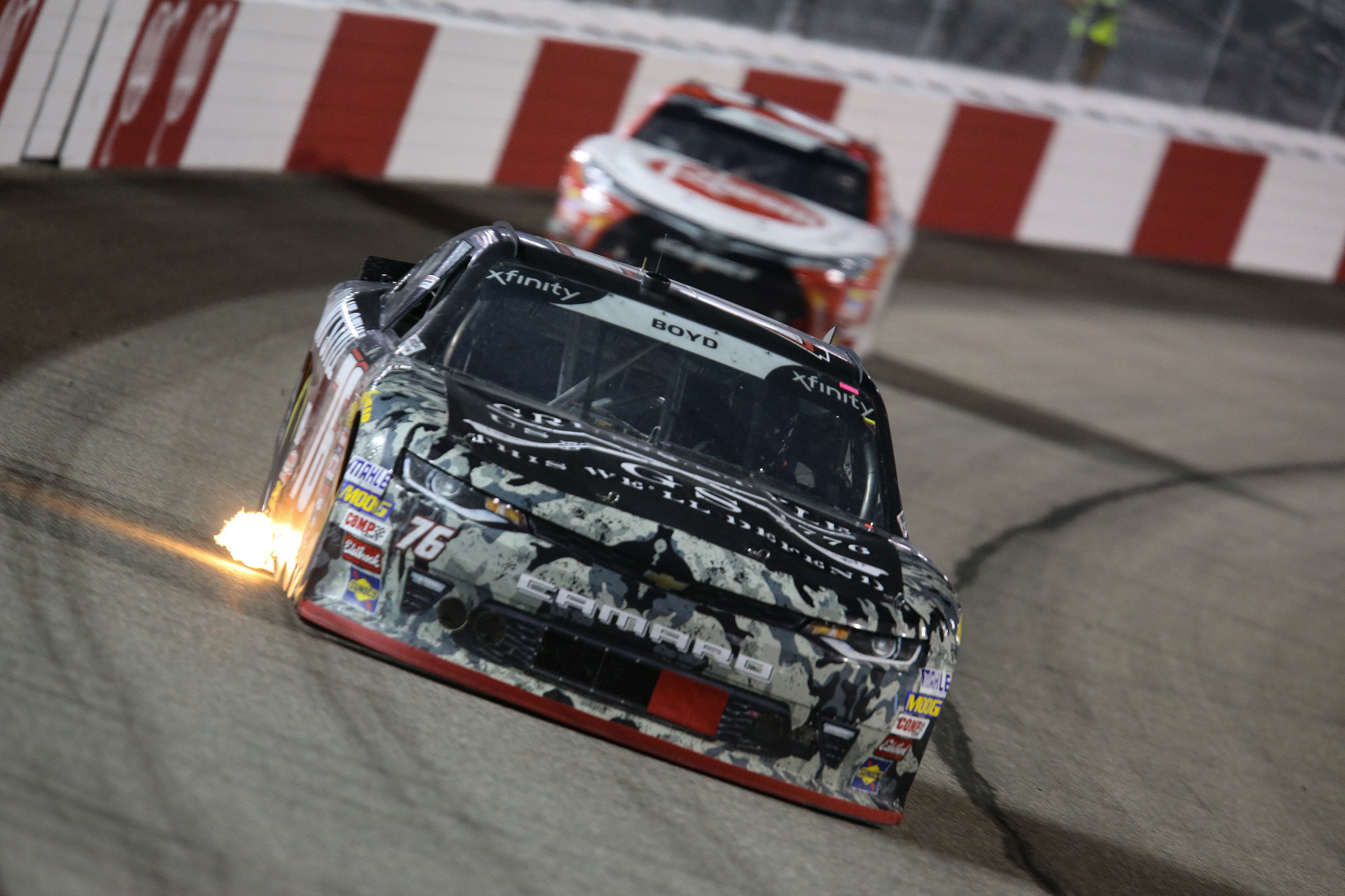 Friday was a one day show for the XFINITY Series with two practice sessions, qualifying, and the race all in the same day. Boyd rolled off in the 34th position for the start of the race. Within the first 8 laps of the 250 lap event, Boyd managed to rocket his way up 6 positions from his starting position. Caution came out early for the 52 of David Starr on lap 18. Boyd restarted in the 26th position with about 50 laps remaining in the first stage. Boyd really struggled with the handling of the Grunt Style Chevrolet in the remainder of the first stage. Daniel Hemric won the first stage with Boyd in the 32nd position.

Boyd came in for 4 tires, fuels, and adjustments to help the car rotate better in the center of the corner. The Stewart Haas Crew had an excellent stop picking up three spots, as Boyd restarted in the 29th position for the second stage. Boyd did his job on the restart by making sure he was the first car a lap down in hopes of a quick caution to receive the lucky dog. Again, there was no such luck for Boyd and team as the second stage went caution free. Virginia’s own Elliott Sadler was victorious in the second stage with Boyd rounding out the top 30.

Boyd radioed to his crew that as the run went on, he struggled keeping the car on the bottom of the track because the car would just not rotate through the center of the corner. In addition to that, the tires were chattering bad on the exit of the corner. As the final stage got started the 7 of Justin Allgaier went spinning across the front stretch. Somehow, nearly every car avoided the smoke cloud and were able to continue on. The race finished out with about an 80 lap green flag run. Christopher Bell scored the race win as well as the $100,000 pay out for the second Dash for Cash event. Spencer Boyd rallied after an up and down day to bring the Grunt Style Chevrolet home in the 28th position.

After the race Boyd reflected, “Overall I’m pretty happy with our result today. It was a really long day for everyone with everything being in one day. Our car was a rocket ship on those restarts, but unfortunately it would fall off quite a bit on those long green flag runs, which we had a lot of tonight. You can’t help but smile when you come to Richmond though, because the facility, the management, and the people are all so great. I love this place.”

Boyd will remain in Richmond Saturday where he will spend time with his sponsor, signing autographs for fans, and taking part in Richmond’s eSports event at 1:00 P.M. Talladega is up next for the XFINITY Series with practice next Friday and the Sparks Energy 300 beginning at 3:00 P.M. E.T.