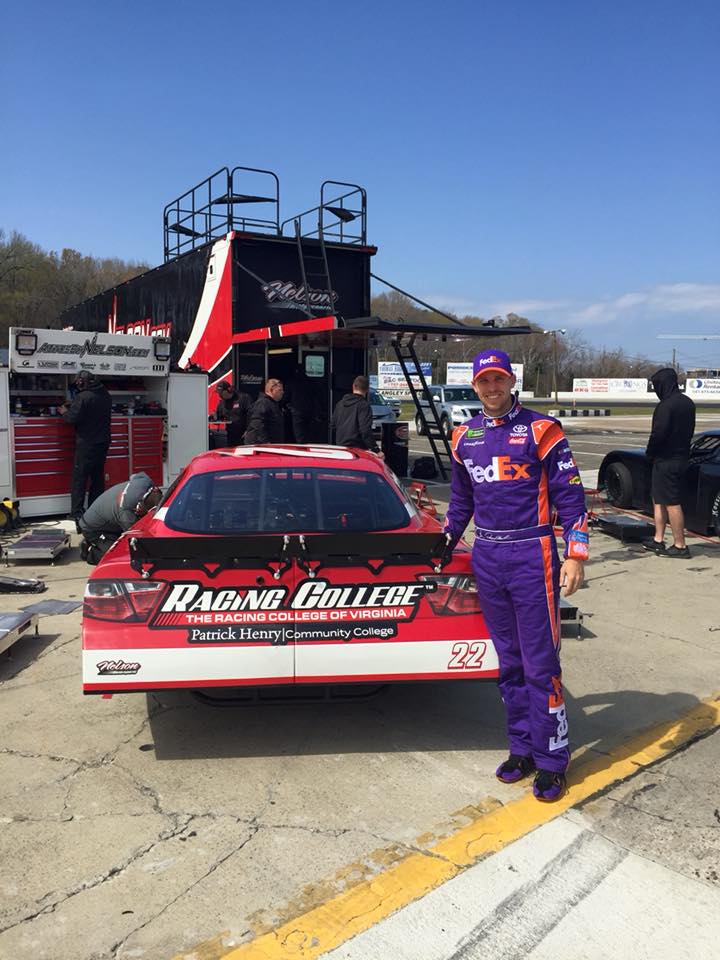 Nelson Motorsports has developed the reputation as one of the top Late Model Stock organizations in the Southeast. This week they take a big step into the national spotlight.

Nelson Motorsports will field three cars for the Denny Hamlin Short Track Showdown at Langley SpeedwayThursday night. In addition to regular driver and defending race champion Timothy Peters, a NASCAR Monster Energy Cup Series champion and a Daytona 500 winner will be joining the team for the night.

Kyle Busch, the 2015 NASCAR Cup champion who won Monday’s snow-delayed Cup race at Bristol Motor Speedway, and Denny Hamlin, the 2016 Daytona 500 champion, will be driving team cars for Nelson Motorsports in the prestigious event that pits some of the top short track drivers from around the country in a race that is a fundraiser for the Denny Hamlin Foundation.

“This is a big deal for us,” said Peters, who also serves as the team’s general manager and go-to driver. “How well we perform will show the strength of our program and solidifies our footprint. It could be huge for us.”

How did the Martinsville-based motorsports team founded by car dealer Barry Nelson wind up with two of NASCAR’s biggest stars behind the wheels of their cars? The old-fashioned way.

“It was all about networking,” said Peters, the winner of 10 NASCAR Camping World Truck Series races in his career that is on hiatus. “I knew Denny from back in the day when we were racing Late Models against each other. I know both of them from racing against them. And they know that we put a good product on the track.”

Peters won the last Denny Hamlin event, run in 2015. Hamlin and Busch are both former winners of the event, which wasn’t held the past two seasons because of scheduling problems.

Peters will be driving the familiar No. 22 Toyota he pilots regularly for Nelson Motorsports while Hamlin will drive the 11 and Busch the 51. Hamlin’s car is the same one Peters drove to a victory in the prestigious ValleyStar Credit Union 300 at Martinsville Speedway last fall while the team built a new car for Busch.

“We’ve been burning the midnight oil,” said Peters. “We’ve built a brand-new car for Kyle. I’ve been right in there hands on with everyone else.”

Nelson Motorsports has five fulltime employees in its Martinsville shop and fields Late Models on a regular basis for Peters, Bobby McCarty and Brandon Pierce. McCarty and Pierce race this weekend in the CARS Tour event at Orange County Speedway, which means the team needs five cars ready for action this week.

The credit for Nelson Motorsports’ bold plans for the next few days lies with the team owner, said Peters.

“When we started in 2013, if I had told him Kyle Busch and Denny Hamlin be driving his cars, he wouldn’t have believed it,” Peters said of Nelson, who owns seven auto dealerships representing 13 manufacturers in Virginia and North Carolina under the AutosbyNelson banner. “He has given us all the tools and the infrastructure to do this. It’s a proud moment for him.”