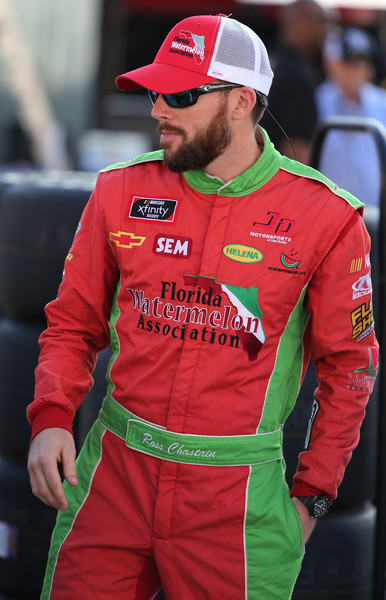 2018 is shaping up to be a banner year for Ross Chastain team JD Motorsports with Gary Keller as they scored another top-10 finish in Saturday’s NASCAR Xfinity Series race at Bristol Motor Speedway. Chastain’s No. 4 Florida Watermelon Association Chevrolet Camaro came home in ninth place in the Flitzgerald Glider Kits 300.

Saturday’s finish is Chastain’s second top-10 in three races and gives him three so far in the 2018 NASCAR Xfinity Series season, more than he had in 2016 & 2017 combined. Chastain currently sits 12th in Xfinity Series Driver standings.

“This was a great race for me and my No. 4 JD Motorsports team,” said Chastain. “I had such a fast car, especially during the long green-flag run. I was passing a lot of cars and could have probably gained a couple more positions, but the car got tight and the team was afraid I was going to blow a right front tire, so we backed off. The car that I was racing for position at the time did end up blowing a right front, so my guys definitely made the right call. It was great to beat who we beat, and I’m so happy I could give my team and the Florida Watermelon Association a top-10 finish.”

Next up for the NASCAR Xfinity Series is the ToyotaCare 250 at Richmond Raceway on April 20th, 2018.

FOOD CITY 500 RACE WEEKEND POSTPONED; TO BE RESCHEDULED AT A LATER DATE