Menard Hangs On For A 13th-Place Finish At Bristol 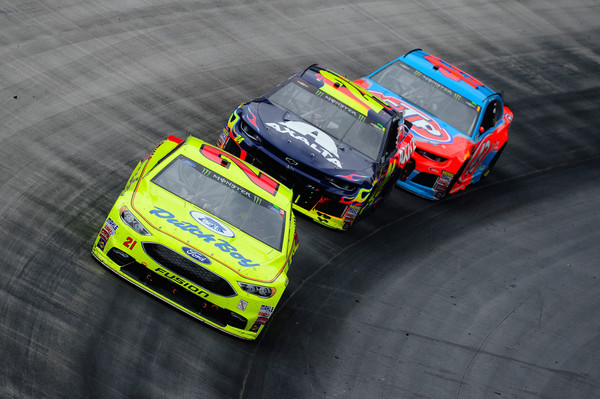 When rains brought the cars to a halt on Sunday afternoon at Bristol Motor Speedway, Paul Menard and his No. 21 Menards/Dutch Boy Ford were running third and poised for a great finish after starting the race a season-best seventh.

When racing resumed on Monday, Menard continued to race inside the top 10 until around Lap 350 of 500, when the handling inexplicably got a little off on the Menards/Dutch Boy Fusion.

Team co-owner Eddie Wood said that from that point on, Menard, who had already missed several cars that spun ahead of him, did some of his best driving of the day.

“Paul came on the radio and said the car was a handful to drive,” Wood said. “He did a great job bringing it back home with a 13th-place finish.

“That was especially important today, because we were in a wreck at Texas a week ago, and you always want to finish the next race after one you don’t finish.”

Wood also praised crew chief Greg Erwin for his race tactics, including a call to take the wave-around on the race’s final caution. “That was the right call,” he said. 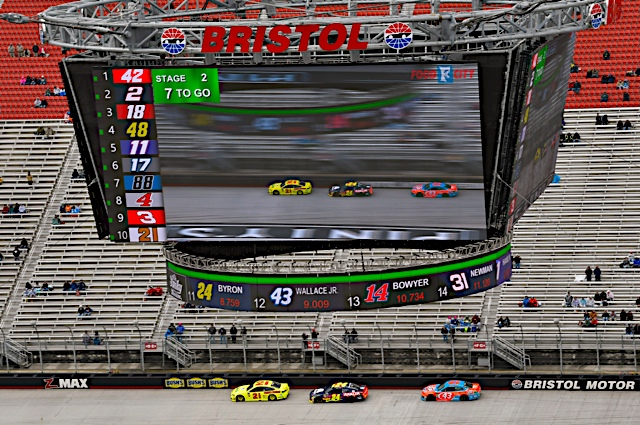 And Wood had positive comments for the over-the-wall crew after a strong performance under the tough conditions of a tight pit road at Bristol.

Tyler Mitchell, the rear tire carrier for the Menards/Dutch Boy crew, made the race’s highlight reel with a spectacular performance during a pit stop at the end of Stage Two.

As the crew prepared to change tires, the new right rear tire, which was being carried by Mitchell, was struck by the 31 car, sending the tire bouncing away.

As the errant tire bounced back toward the track, Mitchell grabbed it in mid-air, quickly placed it on the hub, and the stop was completed in less than 20 seconds.

“That was a really good stop considering all that happened,” Wood said.