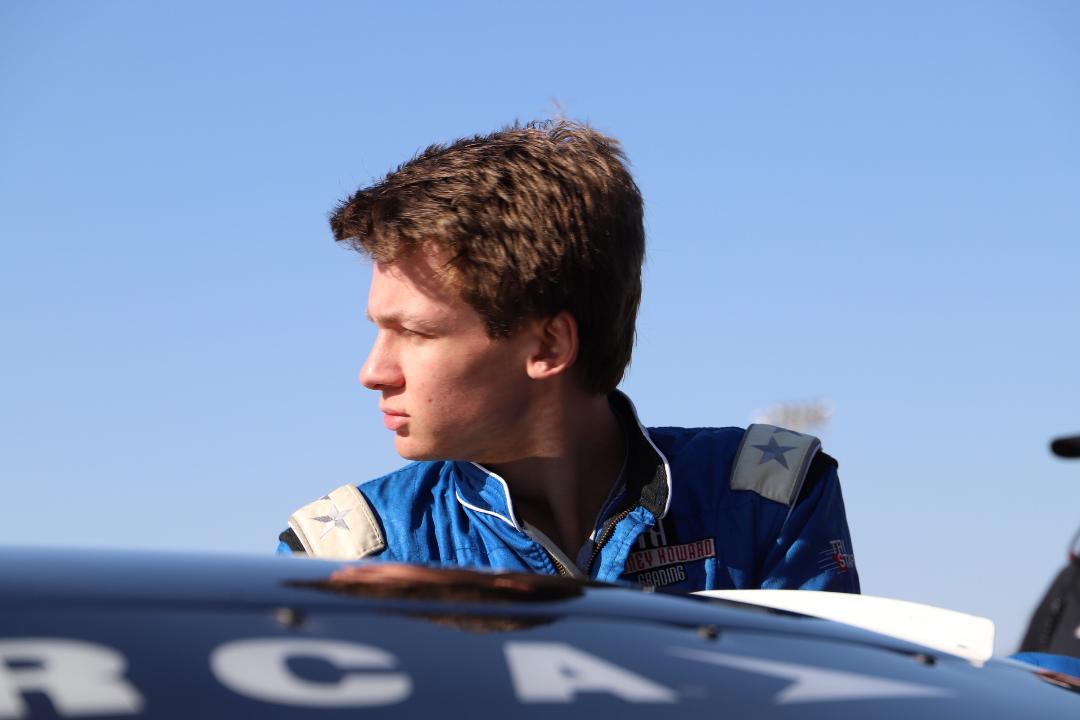 Third-generation racer Colby Howard will make his ARCA Racing Series presented by Menards debut this weekend at the historic Salem Speedway in the Kentuckiana Ford Dealers 200 driving for Mason Mitchell Motorsports. The 16-year-old will pilot the No. 78 Howard Family Foundation Chevrolet for MMM.

Howard and MMM tested at the ultra-high-banked half-mile last week in preparation for the 200-lap event.

“Salem is really difficult to get around,” Howard explained. “It’s mainly a mental thing. You get so close to the wall in turns three and four and really have to back up your entry entering turn one. It’s so unique with turns one and two being completely wore out and three and four having newer pavement allowing for more grip.”

“I learned a lot from the test. Being able to have resources like Mason Mitchell and crew chief Mark Setzer to lean on really helped me a lot getting up to speed and offering advice what I need to improve on. This is a tremendous step in my racing career. I’m thankful for my family, friends, fans and MMM for believing in me. If we run all 200 laps we should be able to earn a solid top-five.”

Howard’s racing passion started at a young age. His grandfather Buddy and his father Rodney achieved great success running on the short tracks of South Carolina.

Howard’s career began in dirt bikes, where he enjoyed success picking up 11 and a Mid-East Hare Scramble Series championship.

Howard was ready for a new challenge. In 2016 he moved into the limited late model division and began capturing checkered flags immediately. In all, Howard won seven times in his rookie year and finished runner-up in Southeast Limited Late Model Series.

Howard’s success continued in 2017 when he moved to the NASCAR Whelen All-American Late Model Stock division. He finished second in South Carolina state points and won state rookie of the year points as well.

MMM will make their 10th start at the Salem Speedway this weekend. In nine prior starts the teams earned three top-five’s and six top-ten finishes. The teams best result came in the 2014 Fall Classic where they finished runner-up with Owner Mason Mitchell behind the wheel.

Chassis Information: Howard will drive chassis No. 593 out of the MMM stable. The 200-lap event at Salem will mark the vehicles 2018 on-track debut. The chassis has 18 starts, earning two wins (Chicago 2014, August Pocono 2017), six top-five’s and ten top-ten finishes.

The Kentuckiana Ford Dealers 200 at the Salem Speedway will air live on MAVTV Sunday, April 22nd at 2:00 pm ET. Arcaracing.com will have live timing and scoring for all on-track activities throughout the weekend.