Boyd Battles Through Carnage at Bristol for Third Top 25 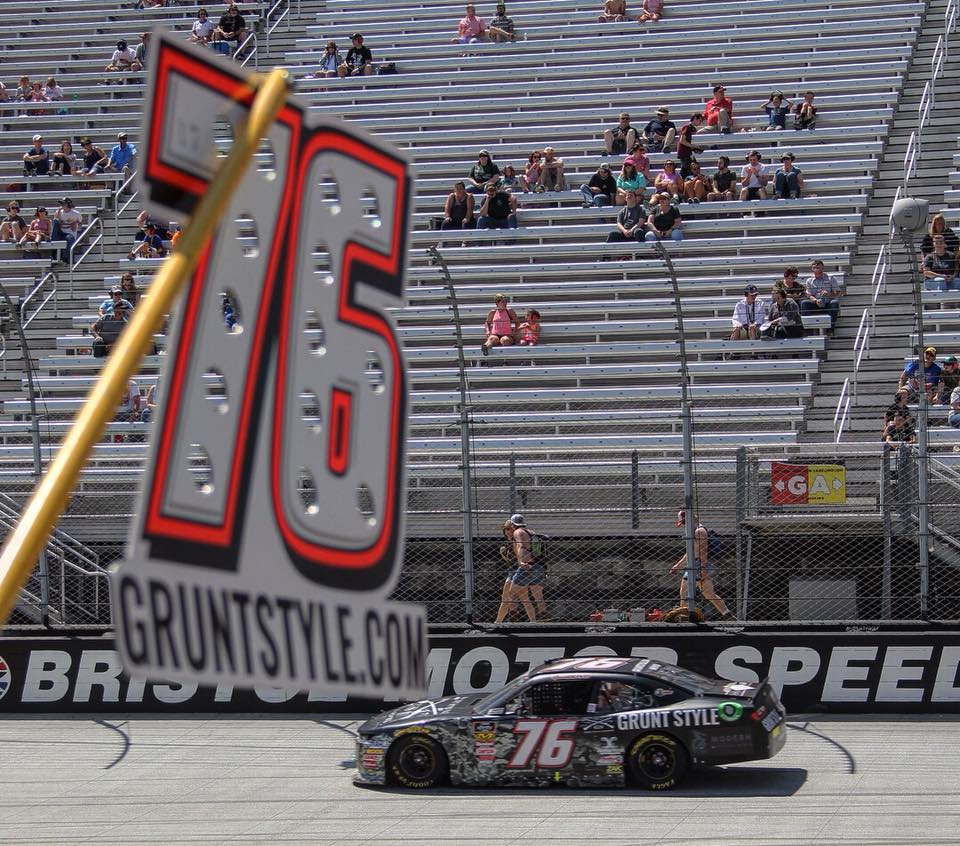 The NASCAR Xfinity Series rolled into “Thunder Valley” for its seventh race of the 2018 campaign. Bristol Motor Speedway played its part as host, as a thrilling battle was set to unfold in “The Last Great Colosseum.”

As the green flag fell, it did not take long for Boyd to start making his way forward in his Grunt Style Chevrolet. It only took six laps before the first caution of the day was displayed for a multi- car wreck. Boyd found himself already up to the 26th position. After a competition caution on lap 45 and two more cautions for the 2 of Tifft, there would be a 12 lap shootout to end the first stage. Christopher Bell won stage one, while Boyd hung tough in the 27th position.

Boyd came in for 4 tires, fuel, slight adjustments, and tape off the grill for his first stop of the day. As stage two began, another multi- car wreck forced Boyd to get up on the wheel to avoid the carnage in front of him. Boyd managed to make his way up to the 24th position half way through the second stage. On lap 141 caution was again displayed as the 20 of Christopher Bell crashed hard into the 01 of Vinnie Miller. Boyd was overall pleased with the performance of the car, but was still fighting being a bit tight on exit of the corner. After a few more cautions, Boyd found himself up to the 23rd position, where he would remain for most of the day. Brandon Jones won stage two with Boyd in 23rd.

The final stage began with a few quick cautions, where Boyd yet again snaked his way through unscathed. As the team worked on the car, and Boyd got more comfortable the 76 team were in position to receive the “lucky dog” to gain a lap back if the caution were to come out. Unfortunately, that was the beginning of nearly a 100 lap green flag run. With 18 laps to go the 13th and final caution was displayed for the 3 of Shane Lee. When it was all said and done Ryan Preece picked up the win at Bristol. Boyd finished in the 25th position, which marked his third Top 25 of the season.

At the conclusion of the race Boyd reflected, “Man, this place is fun. I’m so proud of my guys. We unloaded probably the best we’ve been all year Friday, and that momentum really carried into today. I knew there was going to be a lot of carnage going into the race, but that stuff was crazy. Guys were wrecking everywhere. We slipped back a few spots at the end there, but what a solid weekend overall. For my first time here, I will absolutely take it.”

It will be a short week in North Carolina, as Boyd and company will head back to Virginia for the first under the lights race of the season Friday at Richmond Raceway. “We’ve had Richmond circled on our calendar since the beginning of the season”, says Boyd. “It is one of my favorite tracks, and I think we can have another great run, especially with the momentum from the last few weeks.”

Richmond will be a one day show for the Xfinity Series with practice in the morning, qualifying in the afternoon, and the race at night. Boyd moves up to 28th in points after a solid last couple of weeks.