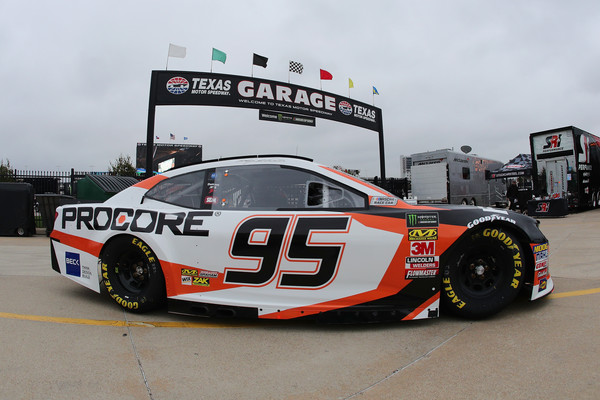 Kasey Kahne and Leavine Family Racing look to build on their best finish of the 2018 Monster Energy NASCAR Cup Series (MENCS) at Bristol Motor Speedway for the Food City 500.

Although the team had a Top-10 car last weekend at Texas Motor Speedway, a late-race spin and damage caused Kahne to finish 17th, still allowing LFR to earn their best finish of the season.

The O’Reilly Auto Parts 500 marked the first race of the season that LFR showed their ability to be one of the top competitors in the MENCS. Kahne raced in the Top-15 during the second half of the race after getting a handle on his No. 95 Procore Technologies Camaro ZL1. Contact with another car that caused Kahne to spin, acquiring damage that would see him pitting multiple times, forced him to drop back to four spots to finish 17th.

Though LFR was not satisfied, the 17th place finish showed the determination the entire team had for the 500 miles, ultimately instilling the competitive drive they will bring to Bristol this week.

Kahne, who has recorded a pole award, one win and two runner-up finishes at Bristol, looks to finish the week strong at the second short track of the 2018 MENCS season.

“I really like Bristol,” said Kahne. “It’s a tough track the way the rubber moves around. The way the bottom and the top build rubber make it different and challenging. Last week we were really able to be way more competitive, so hopefully we can keep building on that going into Bristol.”

The Food City 500 will take place on Sunday, April 15th at 2pm ET with coverage on FOX. Race fans can follow @LFR95 on Twitter for race weekend updates from the team.