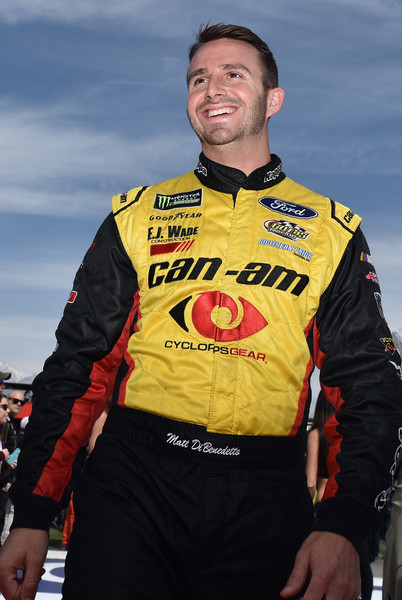 After an off-weekend, the Monster Energy NASCAR Cup Series returns to action this Sunday in Fort Worth, Texas. Since being repaved after the 2016 season, the 1.5-mile Texas Motor Speedway has changed quite a bit. After the repave, the track’s grip and overall speed increased, but the racing groove narrowed to just about a single line, making passing difficult for the competitors. With speeds just over 200mph and a narrow racing groove, the racing at Texas Motor Speedway can be both fast and challenging.
Success on the 1.5 Mile Tracks:
Crew Chief Randy Cox and Matt DiBenedetto have only worked together for four races, but their debut at Las Vegas, another 1.5-mile racetrack, drew a lot of attention. The No.32 team brought home a 22nd-place finish and won the Mobil 1 Performance Award of the Race – the award for passing the most cars during the race. All together, the Can-Am / Wholeys Ford picked up 95 positions and surprised many people in the garage with their speed. They’ll look to repeat that effort this weekend as they return to a mile-and-a-half racetrack for the first time since Vegas.
Last Week for the No.32 Team:
The Monster Energy NASCAR Cup Series had Easter weekend off, but last raced at Martinsville Speedway. Originally scheduled for Sunday, the STP 500 was pushed to Monday, March 26th after a sizable snowstorm kept teams and fans away from the racetrack. After much of the snow melted away, the green flag fell around 2pm Monday afternoon.
Through the first two stages of the STP 500, DiBenedetto was running just outside of the top-25 in the Can-Am Ford, but received damage on the final stage’s restart and was forced to pit with a left-front tire rub. Unfortunately, the damage put the team down several laps, but the team fought back to a 32nd-place finish at the end of the day.
DiBenedetto on Texas Motor Speedway:
“Texas (Motor Speedway) can definitely be a frustrating place to race at. The groove hasn’t really widened out much since it was paved, so it’s still really hard to pass. Restarts are really important here because of that and we’ll have to make up as many spots as possible when the pack is bunched up. Once everyone spreads out, it’ll probably be a lot of long green flag runs so we’ll have to work with a strong strategy to stay up there. Hopefully the track surface aged a bit over the offseason and we can start to work the upper-grooves more.”
Matt DiBenedetto Career Monster Energy NASCAR Cup Series Stats at Texas Motor Speedway:
Starts: 5
Average Start: 32.6
Average Finish: 31.8
Best Finish: 25th (2017)
Go Fas Racing PR/Photo Jonathan Moore/Getty Images