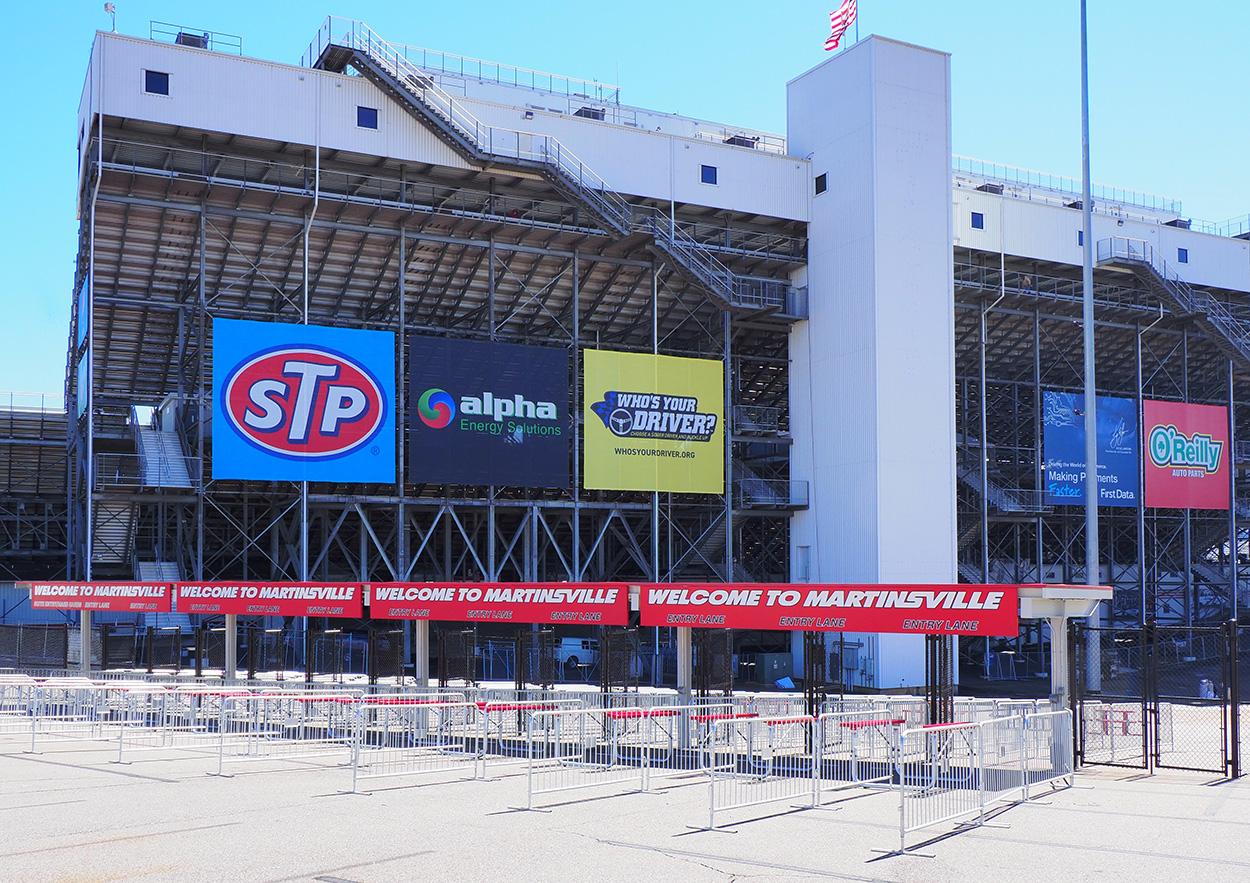 The historic facility debuted a brand-new main gate on Friday, making the entry process a much more fan-friendly experience ahead of the STP 500 on March 25.

“When fans arrive on our property, we want them to feel like they are entering a major sporting event, as well as seeing a gate that reflects our desire to get fans safely into the track as quickly as possible,” Martinsville Speedway President Clay Campbell said. “This gate offers all of that and I think our fans are really going to notice a difference when they arrive on race day.”

With 24 entry points under the covered gate, fans will find that security checks will move more quickly and lines will be shorter on race day.

Once inside the gate, fans will be greeted by an open area with picnic seating, creating a place for fans to meet and regroup before heading into the grandstands. The new gate will not only help with entry into the facility, it will help with an expedited exit process after a race as well.

“In addition to the improvements for the fans, this gate is an improvement for our ticket and operations department, who will be able to maximize the new space,” Campbell said. “This will alleviate congestion both before and after races, saving fans some valuable time when they are arriving and heading home.”