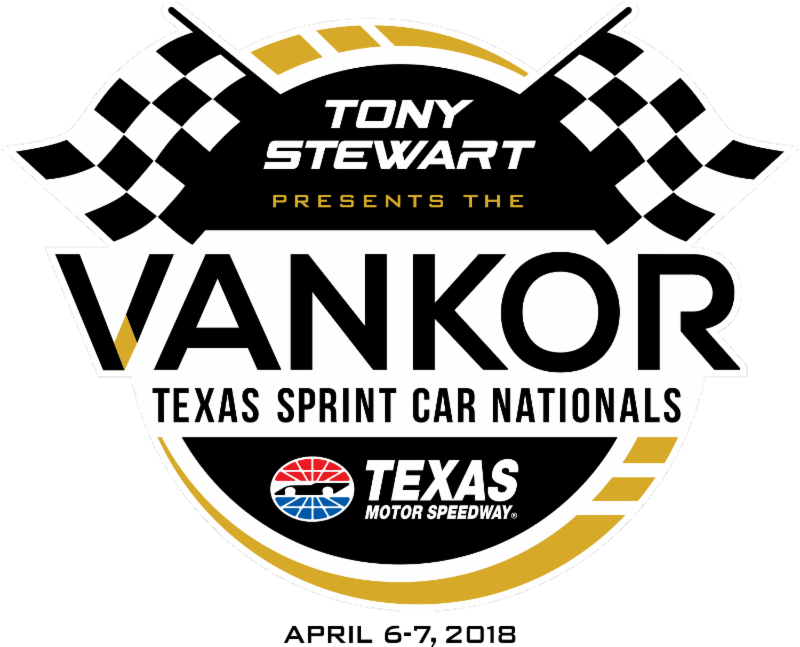 The Tony Stewart presents the Vankor Texas Sprint Car Nationals will take place the evenings of Friday, April 6 and Saturday, April 7 on the venue’s .4-mile dirt oval as part of the O’Reilly Auto Parts 500 NASCAR doubleheader weekend at Texas Motor Speedway. Stewart and Bell, who earned his second consecutive Chili Bowl Nationals championship in January, join five-time Chili Bowl Nationals champion Sammy Swindell on the list of early entries for the Lucas Oil American Sprint Car Series event.
FOX Sports NASCAR personality Kenny Wallace, who raced in all three of NASCAR’s three national series during a 25-year career, will compete for the second consecutive year in the Limited Modified division.
While Stewart, Swindell and Wallace are scheduled to compete both nights, Bell only will race in Saturday night’s ASCS action following NASCAR XFINITY Series qualifying and the My Bariatric Solutions 300 race earlier in the day for Joe Gibbs Racing. All four competed in the inaugural event in 2017.
“This is such a cool place to race and it’s always great when dirt events can run alongside NASCAR weekends – not only as a driver, but so that the fans can enjoy a great mix of racing events,” Bell said. “…How I made myself who I am today was by being able to win sprint car races like these. I think whenever you bounce back and forth between each and every division, it just makes you better for the next thing and makes you a better driver overall. I think just running multiple divisions and different style cars helps you. I think everything just builds on each other and makes you a better race car driver.”
Vankor, an independent energy and commodities company headquartered in North Texas that specializes in the trade and distribution of oil & gas, signed a multi-year agreement to serve as the entitlement sponsor of the speedway’s marquee dirt track event of the year.
Vankor specializes in moving oil and gas from the field and transports to a variety of destinations and gathering systems including storage facilities, terminals, refineries, crude or asphalt plants and pipelines. Through their flexibility and speed, they move energy products for less cost than competitors, and focus on their clients’ needs.
Also expected to compete in the Tony Stewart presents the Vankor Texas Sprint Car Nationals will be Sunnyvale’s Sam Hafertepe Jr., Aaron Reutzel, Wayne Johnson, and many of the top Lucas Oil ASCS drivers. Hafertepe Jr. swept the two-day event last year and the current series points leader is expected to be the favorite again as he looks to add to his TMS Dirt Track-record four career victories.
The Texas Motor Speedway Dirt Track gates and suites open at 6 p.m. CT both nights with pre-race ceremonies and competition beginning at 7:30 p.m. The Tony Stewart presents the Vankor Texas Sprint Car Nationals will feature a variety of dirt track racing from the ASCS and Limited Modified divisions, including hot laps, heats, qualifiers, mains and features events on both nights of competition.
Single-day general admission tickets are $35 for adults and $10 for children 12 and under. Two-day reserved grandstand seats are $59 for adults and $20 for children 12 and under. Fans may also bring in their coolers measuring no larger than 14″x14″x14″.
Tickets for the Tony Stewart presents the Vankor Texas Sprint Car Nationals are available by visiting www.texasmotorspeedway.com or by calling the speedway ticket office at (817) 215-8500.
TMS PR