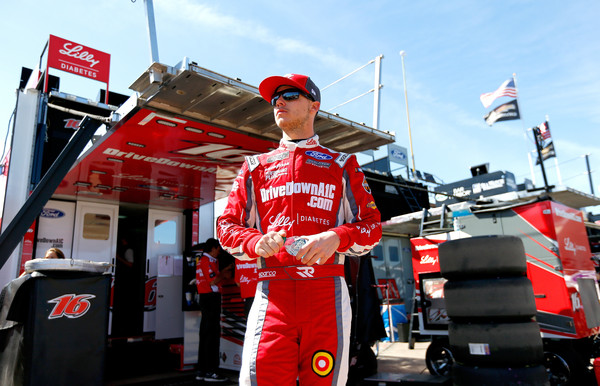 Roush Fenway Racing driver Ryan Reed heads to his home track of Auto Club Speedway (ACS) in Fontana, Calif. this weekend.  Reed is originally from Bakersfield, Calif. and still has many family and friends in the area.  Reed watched his Dad race there growing up and it also the track where he got his first autograph.  His first autograph happened to come from Dale Earnhardt Jr. and is the only die cast car Reed has in his collection besides cars he has raced.

“Memories of watching my dad race at Fontana growing up are really special to me and it really means a lot to him that I’m following in his footsteps,” said Reed.  “I think he still has a track record there, so that’s pretty cool.  I got my first autograph ever there and it was from Dale Earnhardt Jr.  I’ve got it sitting on my desk at home, it’s the only diecast car I have, other than my own, I think I was six or seven when I got it signed by him.”

Reed’s father, Mark, raced locally near their hometown of Bakersfield, Calif., but also competed in some NASCAR-sanctioned events at ACS. Just a two-hour drive from the Reeds’ home, the 24-year old driver has attended races at the track with his family throughout his life.

Reed has four starts in the Xfinity Series at Auto Club Speedway, all of which he has finished 17th or better.  In those four starts he has never started further back that 15th.

Reed is not the only member for the No. 16 Lilly Diabetes team to call Auto Club Speedway his home track.  Car chief, Dan Bormann hails from Shingle Springs, Calif., which is about six hours north from ACS, but still a special track for the veteran car chief. As a part-time car chief for a NASCAR K&N Pro Series West team, Bormann helped now-NASCAR Cup Series driver Clint Bowyer win his first pole award at the track in 2004. Soon after, Bormann quit his day job as an auto mechanic at Goodyear Tire and Rubber Company to move to North Carolina to pursue a career in NASCAR. Bormann was the car chief for Reed’s 2015 and 2017 season-opening victories at Daytona International Speedway.