No. 48 Hendrick Motorsports team and Jimmie Johnson to have new primary sponsor in 2019 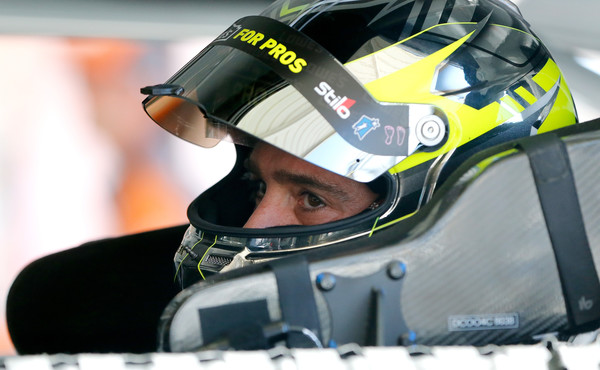 “Working with Hendrick Motorsports, Jimmie, Chad (Knaus) and the entire No. 48 team has been an incredible journey,” said Michael P. McDermott, Lowe’s chief customer officer. “Rick Hendrick and his organization have been exceptional partners, and we could not have asked for more from Jimmie – a consummate champion and an incredible representative for our brand and his sport.

“The No. 48 team is a valuable property and has been an integral part of building the Lowe’s brand, which makes today’s decision difficult as we now look to invest in other strategic initiatives. Although we are evolving our strategy, there’s no question that being a part of seven championships and many history-making moments has been valuable for Lowe’s.”

Since the No. 48 team’s debut in 2001, Lowe’s has experienced an unrivaled level of success with Johnson behind the wheel, winning seven Cup championships, 83 points-paying races and 35 pole positions along with 222 top-five finishes, 341 top-10s and more than 18,000 laps led.

“We are so appreciative of everyone at Lowe’s. They have been amazing partners,” said Rick Hendrick, owner of Hendrick Motorsports. “With seven championships, this program has delivered far beyond what anyone could have imagined. It goes without saying that we will fully support Lowe’s and our program together in 2018 as we pursue another championship. The success of the relationship has been unbelievable.”

Johnson and the No. 48 team have cemented themselves as one of the greatest dynasties in sports history. Their record-tying seven championships – a feat equaled only by legends Richard Petty and Dale Earnhardt – include five consecutive titles from 2006-2010. In 2009, Johnson became the first race car driver ever to be named Associated Press Male Athlete of the Year, joining the likes of Muhammad Ali, Michael Jordan, Tom Brady and Michael Phelps.

“Jimmie is one of the greatest champions and ambassadors in all of sports and still at the top of his game,” Hendrick said. “This change opens up all kinds of possibilities, and we look forward to having conversations with potential new partners. It’s a special opportunity with an iconic athlete and team.”

Johnson, 42, last June signed a contract extension with Hendrick Motorsports through 2020. The 2017 NASCAR Cup season marked his 16th year in a row with at least two race wins and his 14th consecutive playoff appearance. The El Cajon, California, native is the only driver to compete in NASCAR’s post-season each year since the format’s inception in 2004.

“I’ll always be grateful to Lowe’s for taking a chance on me and believing that I could win,” Johnson said. “I’m not sure where I’d be right now if they hadn’t committed to the No. 48 team. It’s hard to see them move on, but we’ve made history together and celebrated so much success on and off the track. There’s still a lot left to do in 2018.

“I have more to accomplish in this sport. I feel the best I’ve ever felt physically. I’m motivated. I’m focused on winning races and chasing more championships. Someone (a new sponsor) will be a big part of writing that story with us. I’m not going anywhere.”