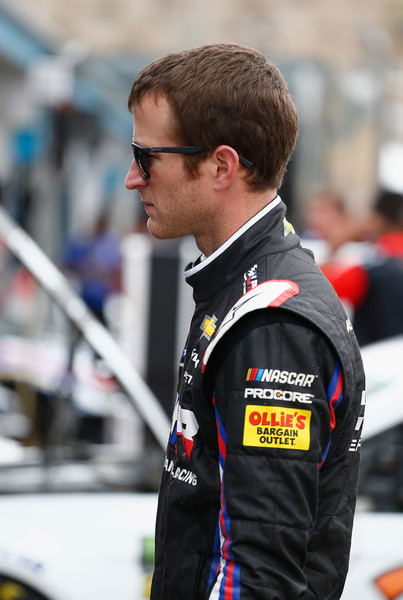 Kasey Kahne and Leavine Family Racing (LFR) are looking to finish the West Coast Swing on a strong note at Auto Club Speedway.

After pit strategy gambles and a 24th place finish for LFR and Kahne in Phoenix last week, the team looks to capitalize on Kahne’s past win, pole award, and 268 laps led at Auto Club in Fontana, California this weekend.

“Fontana can be a really fun track,” said Kahne. “It’s wide, rough, there’s lots of racing room and it’s hard to get a hold of, but it can be a blast. It should be a fun weekend.”

LFR and Kahne will also be visiting the headquarters of the team’s partner, Procore Technologies, when they arrive in California on Thursday.

“We’re also going to visit Procore Technologies’ headquarters, so that is going to be fun,” continued Kahne. “I’m looking forward to going there and seeing some of the people I already know, as well as meeting some new people and learning more about the business.”

Procore Technologies, whose headquarters are in Carpinteria, California, was founded in 2002 and is a leading provider of cloud-based applications for the construction industry.

“There’s been a lot of excitement throughout Procore surrounding NASCAR and our sponsorship of the number 95 car driven by Kasey Kahne,” said Mark Lyons, Vice President, Industry Marketing, Procore. “We’re looking forward to bringing that excitement to our Carpinteria campus this week, giving employees and their families a chance to meet Kasey, but also being able to give Kasey and team a real sense of the Procore culture.”

The Auto Club 400 is set to begin at 3:30pm EST on Sunday, March 18 with coverage on FOX. Race fans can keep up with LFR by following @LFR95 Twitter.