Stenhouse Jr. Drove His Fastenal Ford to a 23rd-Place Finish at Phoenix 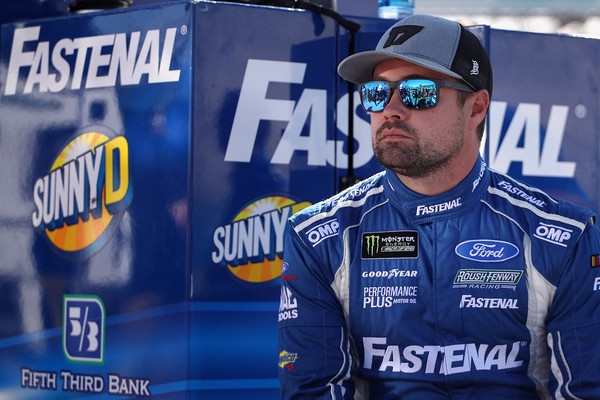 After having to start in the rear due to going to a back-up car, Ricky Stenhouse Jr. overcame adversity by driving his Fastenal Ford to a 23rd-place finish in Sunday’s Ticket Guardian 500 at ISM Raceway.

“We really struggled this weekend,” Stenhouse said. “I put our team in a hole with the incident on Friday and having to go to a back-up car. We worked really hard on our Fastenal Ford but just struggled with the balance overall. We are only four races in so we will keep working and get our Fords better and running up front.”

After starting in the rear of the field due to going to a back-up car after an incident in Friday’s practice, Ricky Stenhouse Jr. gained 15 positions in the first 24 laps before the yellow flag waved. Due to battling a tight-handling machine, crew chief Brian Pattie called the two-time Xfinity Champion to pit-road for four tires, fuel and an air pressure adjustment.

With the remainder of stage one going caution free, Stenhouse Jr. took the green-checkered flag in the 24th position after battling a loose handling condition.

After working his way inside the top-20 when the caution flag waved just four laps shy of the end of stage two, Brian Pattie made a strategy call to stay out with a one-lap shootout to the end of stage two. In hopes to pick up valuable stage points, Stenhouse Jr. restarted in the third position and held on to collect eight valuable points.

With the final 100 laps going green and differing pit strategies, Stenhouse took the checkered flag in the 23rdposition due to an ill handling machine.

Next up for Stenhouse and the No. 17 team is the Auto Club 400 at Auto Club Speedway on Sunday, March 18. Race coverage begins at 3:30 p.m. (EST) on FOX. Coverage can also be heard on MRN and NASCAR SIRIUS/XM radio channel 90.